GORWEL AND ITS ROLE IN PUBLIC POLICY IN WALES 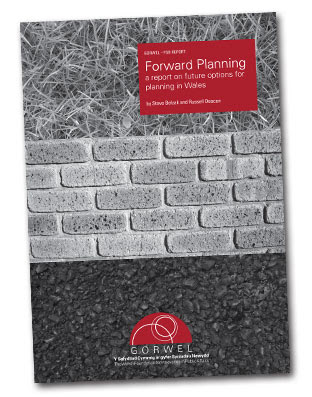 Much of Margaret Thatcher’s political thinking was developed as a result of her work with two influential thinktanks, namely the Institute for Economic Affairs and the Centre for Policy Studies.

Yet, despite the clear importance of such organisations in influencing policymakers and politicians, thinktanks have always been thin on the ground in Wales.

Twenty-five years ago, the Institute of Welsh Affairs was born as the first Welsh body of this type and has since become the voice of the left-leaning establishment in Wales.

It was the sole voice in this arena until the Bevan Foundation was set up a few years ago to tackle all aspects of poverty, inequality and injustice in Wales. A more provocative body, it has been fearless in addressing some of the issues that a more traditional organisation could address.

Yet, for those of us on the centre right of politics in Wales, it has been a relatively barren period for new political thinking over the last few years.

Fortunately, this has now been addressed by the Welsh Conservatives’ ‘big thinker’, the Deputy Presiding Officer David Melding AM, who has recently established Gorwel, an independent, non-party Welsh think tank.

Its mission is to set out a better way to deliver public services and economic prosperity in Wales and to do this, it will produce research of outstanding quality on the core issues of the economy, environment, health, education, law and order, public sector management, and the right balance between government and individual.

Drawing on support from other parties, including the Liberal Democrats and Plaid Cymru, it is a bold move by David Melding to establish this body. And some of the recent events it has organised, on subjects ranging from economic development to energy issues to mutualism in Wales, have already generated considerable debate.

However, Gorwel’s real impact will be in the development of policy reports that challenge the orthodoxy of current thinking within Wales. And the first of these, released earlier this month, is a real cracker.

“Forward Planning: A Report on the Future Options for Planning in Wales” calls for economic development to be placed at heart of Wales’ planning system.

A rightly controversial paper on what can be an emotive subject, it states that linking planning to issues such as affordable housing or creating a solution to global warming may have a serious impact on the needs of businesses in Wales and therefore the Welsh economy.

It also calls for a temporary three-year relaxation of planning rules in Wales in line with the similar relaxation in England and for business organisations to be given formal consultee or advisory status as part of the Local Development Plan process.

Given the lobbying that goes on within Cardiff Bay on behalf of various parties involved directly or indirectly within the planning process, the report is a welcome breath of fresh air that brings some common sense thinking back into public policy in Wales.

Whilst many would agree that planning laws are important, there is a growing consensus that the pendulum has swung too far and, as a result, we have a process that works against encouraging economic growth in Wales.

One can only hope that officials within the Welsh Government will consider the findings of this, and other future reports from this new thinktank. If they do, then the signs are that Gorwel will have a very important part to play in the future of public life in Wales over the next few years.