THE SEARCH IS ON FOR THE FASTEST GROWING FIRMS IN WALES 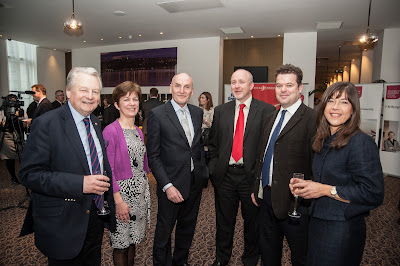 Last Thursday, the search to identify the best of Welsh entrepreneurship was launched in Cardiff at the Radisson Blu Hotel.

Established to identify the fastest growing firms in Wales, the project has gone from strength to strength and now, in its fifteenth year, is seen as the list of business success that firms across Wales aspire to.

Since it was created in 1999, the project has demonstrated the impact that a small group of high growth firms can have within a small economy such as Wales. A total of 440 businesses have appeared on the fourteen lists published in the Western Mail, creating over 22,000 jobs and generating over £12 billion of additional turnover annually into the Welsh economy, much of which is spent on local goods and services.

Last year, the fastest growing firm in Wales was Glyndwr Innovations of Wrexham, the second North Wales company to win the award following the success of Afonwen laundry in 2011. 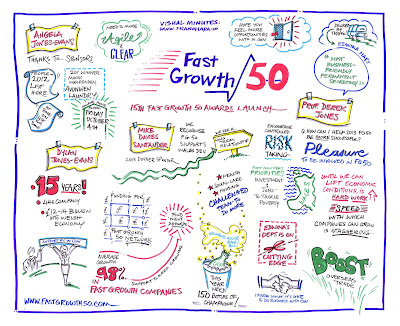 During the last decade and a half, we have seen massive changes to the Welsh economy and yet the annual Fast Growth 50 list demonstrates the massive entrepreneurial potential we have here in Wales.

The fact that last year’s winners created over 4000 new jobs in only a two-year period shows the impact they are having. However, many have the potential to develop even further and by working closely with the Welsh Government and other stakeholders, the Fast Growth 50 project aims to help the further development of these businesses over the next few years.

The success of all fifty companies will be celebrated at the annual gala dinner that will take place take place in Cardiff on October 4th. This exclusive event has become one of the most prestigious in the Welsh business calendar and, yet again, promises to be a showcase Welsh business talent. Santander Corporate Bank, which has supported the sustainable growth award for the last three years, will be sponsoring the overall dinner and Capital Law will again be presenting the main award for the fastest growing firm. Other sponsors for the event include the University of South Wales, Logicalis, Sinclair Finance and Leasing, Nominet and Media Wales

The 2013 list of the fastest growing firms in Wales will appear in a special supplement to be published by the Western Mail on Wednesday, October 9th 2013.

To be eligible for a place on the Fast Growth 50 list, firms must be:

The closing date for entries is June 21st 2013. Further information on how to enter can be obtained by emailing fastgrowth50@wales.ac.uk or by going to the website www.fastgrowth50.com.