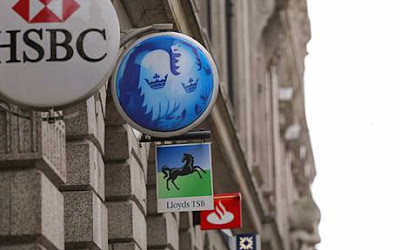 Earlier this week, I made my annual pilgrimage to the ISBE entrepreneurship and small business research conference in Manchester where, along with colleagues, I was presenting two papers.

The first examined higher education and its role as a key driver of regional economic development and showed that entrepreneurial universities are a critical component of the knowledge economy and growing in influence. As far we are aware, it is the one of the few longitudinal research studies into this area and we hope to get it published soon as the first of many from our research work, sponsored by the innovation agency NESTA, into innovation in Wales.

The other paper was a review of the current position with regard to access to finance within the Welsh context and the timing of the presentation couldn’t have been better. A few hours before standing in front of an audience of my peers, the Chambers of Commerce in Wales joined the Federation of Small Businesses in supporting the creation of a new National Bank for Wales to support Welsh firms.

This was a welcome development, given the perception that some have tried to give that there is little support for such a body within the business community. This was followed by the announcement that the Competition and Markets Authority’s (CMA) will be undertaking a full competition investigation into personal current account and small business banking.

Despite pressure from the high street banks that such an inquiry was not required, many respondents to a consultation by the CMA were adamant that such an investigation should take place and there remained particular concerns about the effectiveness of competition in these sectors.

These included the low levels of customers that shop around and switch banks as a result as well as limited transparency and difficulties for customers in making comparisons between high street banks, particularly for complex overdraft charges on personal current accounts.

There was also evidence of continuing barriers to entry and expansion into the sector, limiting the ability of smaller and newer providers to develop their businesses and very little movement over time in the market shares of the four largest banks that actually provide over three-quarters of personal and business current accounts.

Many businesses will support this review given the apparent lack of any real increase in funding to small firms during the economic recovery and suggestions that greater competition will lead to more finance being accessed by the business community.

Certainly, it will be the role of the CMA, as it does with any of its investigations, to decide whether there is a prevention, restriction or distortion of competition. If it does identify such an adverse effect on competition, the group will then consider what, if any, appropriate action should be taken to address this.

In my opinion, this report is long overdue and I hope that the CMA will succeed in obtaining detailed data from the banks on their lending procedures to businesses as they have been generally been reluctant, as I found out during my access to finance review for the Welsh Government, to share this with academics and policymakers.

But what is probably most important to Wales is that we are not just lumped in with England when it comes to this detailed study. In the past the CMA has tended to see conditions in Wales and England as being the same and I would argue that when it comes to business banking, there is certainly some clear differences that need to be considered.

For example, if we look at the sectoral make-up of the Welsh economy, there is a greater dependence on tourism and leisure here than in the rest of the UK. More relevantly, these are sectors to which some banks have generally been reluctant to lend which means that there is reduced competition for businesses within the sector.

Similarly, when it comes to another sector in which banks are reluctant to lend namely property, the valuation of building projects in Wales is considerably lower than across the border, again making it more difficult for firms to get access to the finance they need. The same applies to the banking situation in parts of rural Wales where there is limited access to the new challenger banks that are focusing their efforts within urban conurbations.

But perhaps most importantly is the fact that if the CMA proposes a solution to the lack of competition in business banking, will it be the UK Government alone that will have to deal with this issue?

With increased devolution being promised to Wales, it is more than likely that certain aspects of legislative solutions may be the responsibility of the National Assembly for Wales. If so, then it is clear that the study needs to understand whether there are any differences between England and Wales when it come to business banking rather than lumping both regions together.

And perhaps one of the positive consequences of this review is that we may end up with the high street banks changing the way they operate. Indeed, rather than basing their operations across larger regions such as South Wales and the South West of England, they may revert back to the old model of having a single office for Wales led by a Welsh Director.

Certainly, this is something that many businesspeople I have spoken to would be delighted to see, especially if it means that the final decisions on lending are made here in Wales rather than by some anonymous credit committee which has very little idea of the context in which Welsh businesses are operating.