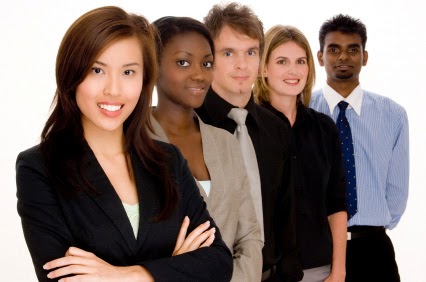 One of the key strategies of the Welsh Government in developing the economy is the attraction of overseas businesses to Wales.

Certainly, the latest statistics suggests that there has been some success with this approach recently despite the fact that it has become more difficult to compete for such jobs against other countries.

Last year, Wales attracted 79 inward investment projects, which was the highest level recorded for the last twenty-four years. These helped to create or safeguard nearly 10,500 jobs and accounted for 7.9% of the UK’s total inward investment, higher than expected.

But inward investment is not just about bringing large companies into an economy and there should be a greater focus on attracting entrepreneurs to come from all over the World to set up a business here in the UK.

In fact, a report from the Centre for Entrepreneurs shows that 14% of start-up businesses in the UK were founded by immigrant entrepreneurs i.e. they have created 464,527 businesses which currently employ 8.3 million people.

It also shows that immigrants are more entrepreneurial, with 17.2% of non-UK nationals starting their own business as opposed to only 10.4% of Britons.

Given this, it is great to see that there has been a concerted drive in recent years by the UK Government to attract entrepreneurs and investors to relocate here through various activities that encourage individuals through the entrepreneur visa process.

One of these is the Global Entrepreneur Programme (GEP). Run by UK Trade and Investment (UKTI), it provides direct assistance helps early stage technology businesses or start-ups that want to relocate their business to the UK. This includes help with business plans, introductions to potential investors and mentoring from experienced entrepreneurs.

To facilitate this, the UK Government can make entrepreneur visas available as long as those starting a new business have received funding of at least £50,000 from an approved organisation.

According to the latest figures, the programme has so far helped to relocate 340 businesses to the UK that have created over 1000 jobs in the economy and raised over £1bn of private investment for companies in a range of sectors including creative, digital and internet-based businesses, clean technologies such as wind energy and next-generation lighting, and engineering applications supporting aerospace, construction and chemical production.

There has also been a focus by the UKTI on encouraging the world’s brightest graduate talent with start-up ideas to come amd establish a business in the UK.

When it was launched in September 2013, the Sirius Programme received over 1,500 individual applications from graduates from 93 countries. From this, 53 winning teams (comprising 158 graduates) were selected to receive financial support worth £12,000 per individual for a year, coaching and mentoring, help to find customers and a twelve-month placement at a leading business accelerator.

Unfortunately, none of these accelerators are based in Wales so it is unlikely that this has had any impact here. Certainly, it is important that the Welsh Government ensures that we get our fair share of this funding, especially given that there are specific programmes for high potential entrepreneurial businesses that could support such firms.

But it is not only overseas entrepreneurs that are being encouraged to come to the UK. With small businesses finding it increasingly difficult to access funding, there are now various organisations supporting non-UK individuals to invest into UK firms.

The most successful of these is London-based Invest UK, which was established in 2012 as a specialist foreign direct investment relationship broker. In other words, they introduce foreign nationals looking to invest in UK firms.

Working closely with UKTI, they look to encourage investment into unlisted UK companies and are currently working with clients from over 20 countries including the Americas, Asia, Eastern Europe and the Middle East.

Therefore, for those firms looking for investment in order to grow the business, funds of between £200,000 and £2m are available from these investors as either equity or unsecured debt. However, it is not only the money that is important as these individuals are likely to have significant knowledge and expertise in their home countries and can therefore supply access to new markets.

Given how difficult it is for many start-ups to get funding from traditional sources of finance such as high street banks, this may be one specific alternative that could be considered, especially by high potential firms in Wales that would be enormously attractive to foreign investors.

As it has recovered from the economic downturn of 2009, the UK has quickly gained a reputation as one of the best places to set up a business and it is great to see government playing its role through different initiatives.

However, it is critical that these programmes are not only focused on getting new businesses to settle in London and the South East of England only. Devolution has meant that Wales has something different to offer immigrant entrepreneurs and investors and I would hope that there is a greater effort to ensure that such individuals consider our economy as the future home for their ideas and capital.
BIS immigrant entrepreneurs