THE GROWTH OF FREELANCING 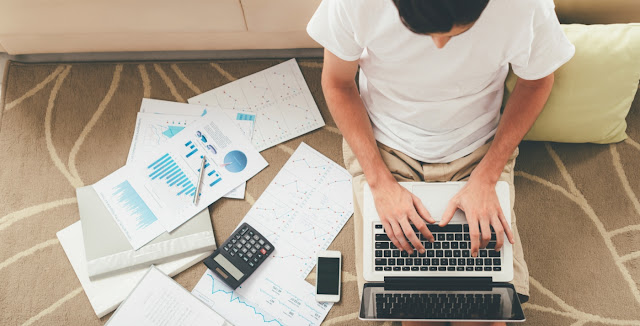 As students of global economics will attest, the old saying “when America sneezes, the world catches a cold” is as true now as it ever was. However, the same is true of positive developments that happen in the USA with new trends that impact on the economy and society usually crossing the Atlantic Ocean a few years later.

That is why a recent report on those who are working for themselves is an important study that could have significant implications for the development of the labour force here in the UK.

“Freelancing in America:2018” is the most comprehensive study undertaken on the independent workforce in the USA and shows that, incredibly, more than one in three Americans are involved in freelance work.

And this trend is growing with the freelance workforce growing to nearly 57 million over the last five years, a growth 0f 7 per cent as compared to only 2 per cent for the non-freelance workforce.
In addition, the proportion of those who are doing well out of being freelancers has been increasing - whilst 69 per cent earned less than $75,000 (£57,000), the proportion earning more than this has gone up by fifteen per cent in the last five years.

But what is important about this freelancing trend is that contrary to some studies, most freelancing is not undertaken because individuals have no other employment opportunities. In fact, 61 per cent of freelancers make the choice to become employed in this way, a growing trend over the last five years and this is increasingly prevalent amongst 18-34 year olds who are freelancing more than ever.

These millennials – who are set to grow as a proportion of the workforce – are choosing the freedom and flexibility of freelancing as a positive choice as to the way they want to run their lives and suggest that organisations may need to change how they organise work if they are to attract the best talent.

They are part of a growing trend with 84 per cent of all full-time freelancers saying that their work allows them to live the life they want to and half stating that no amount of money would get them to accept a traditional job as their lifestyle is the most important aspect of their work.

And whilst there is anxiety amongst freelancers feel anxious about managing their business, they also have less stress and better health due to a better work-life balance with more control over one's own destiny.

What is most interesting though about this group of workers is not only how they have embraced technology to maximise their opportunities but are constantly involved in improving their own learning to develop themselves.

For example, more than three quarters of freelancers report that technology has made it easier to find freelance work with two thirds reporting that the percentage of work they obtained online has increased in the last 12 months. The development of collaborative tools such as Dropbox and google.docs has also made it easier to share information with clients.

In addition, 70 per cent of full-time freelancers participated in skills training in the past six months compared to only 49 per cent of full-time non-freelancers, with the main areas of upskilling being in technology, networking and business management. In fact, half of all full-time freelancers do more training now than when they were employed by someone else although the main barrier remains that of cost which is  an issue in accessing more training as freelancers have to pick up the bill themselves for improving their skills.

So does this have important implications for the UK economy, which at the moment has record employment although the majority of individuals are working for organisations rather than themselves?

Perhaps the clue is in the proportion of the workforce that are millennials and who are more likely to go down this route - these currently comprise around a third of the UK workforce although this set to grow considerably over the next few years. In addition, it would seem that compared to employees, freelancers are more likely to see their work as providing more opportunity for upward mobility and to learn new things, a longer term career path and remuneration that is appropriate for their skill level.

Certainly, for those with in-demand skills that are required by a range of organisations, they may well choose the flexibility and work-balance that their generation craves over financial stability. As a result, those firms which are based within those knowledge-based industries that have a significant economic impact, their strategy may need to change to gain access to this professional talent.

More importantly, those economies that are able to harness the collective power of a freelancing workforce could be those which are in the best competitive position in years to come.