THE ENTERPRISE ALLOWANCE SCHEME - A UNIVERSAL BASIC INCOME FOR ENTREPRENEURS 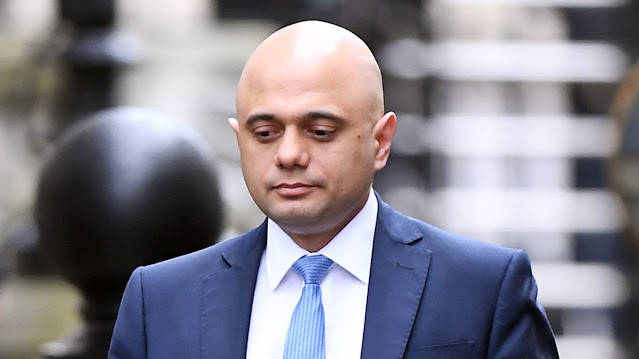 At a time when governments are looking for radical new ideas to deal with the looming unemployment crisis that many economists still believe is inevitable following the economic slowdown caused by the Covid Pandemic, few would have thought that we go back to the early 1980s for solutions.

Perhaps the greatest irony is that at a time when the Futures Generations Commissioner for Wales suggested the introduction of a Universal Basic Income to give everyone a minimum amount of cash, there has been a call to resurrect a free enterprise scheme started under Margaret Thatcher that is already a model for basic income for entrepreneurs.

Earlier this week, a paper from the Policy Exchange think-tank proposed the reintroduction of the Enterprise Allowance Scheme (EAS) to encourage more people to consider self-employment as a response to the potential jobs losses from the current recession.

When the EAS was introduced in 1983, it provided support to out-of-work claimants who wanted to start their own business although they also needed to have a viable business plan and £1000 of initial capital for the business. In return, they were provided with a weekly allowance of £40 and access to business advice, mentoring and other support.

With the former Chancellor Sajid Javid among the authors the paper, it argued that the UK Government should now consider a new 2020 Enterprise Allowance Scheme which would be open to anyone with a viable business idea who is not currently employed.

Of course, there have been other attempts to reintroduce such a programme and the 2010 Coalition Government brought in a New Enterprise Allowance (NEA). Unfortunately, this was a poor facsimile of its predecessor due to various restrictions but had a number of additional features such as availability of a start-up loan worth up to £25,000.

Not surprisingly, Javid and Young argue that this scheme has never been fit for purpose for a number of reasons such as that it only pays out for six months which is too short a time to start a business successfully in difficult economic circumstances.

In addition, whilst the allowance itself is not affected by the income generated by the business, the claimant’s universal credit is gradually withdrawn once the business is trading and affecting the income of the individual just as they are focusing on starting their new venture.

This is in contrast to the original EAS which was successful because the amount received was slightly larger than what a claimant would get on the dole and did not affect any payments made under unemployment benefit.

To deal with this anomaly, the paper suggests that a new 2020 Enterprise Allowance should be set at £100 per week for 12 months and, as with the original scheme, only be approved if the applicant had a viable business plan and access to start-up capital.

For anyone who wants to encourage greater entrepreneurship, it is a wonderful idea in principle but is adopting a scheme from the 1980s the right way to deal with looming unemployment?

Certainly, there is evidence that over 350,000 unemployed had used the old EAS in its first five years of operation to start a new business and two thirds of those who had gone through the scheme were still in business three years later. It also had an impact on employment - not only did the scheme create 64 additional jobs for every 100 EAS firms that survived, the cost per job was roughly a third of what was expected from normal business grant programmes.

On the other hand, critics have suggested that various evaluations suggested that both displacement and deadweight effects meant that EAS wasn’t as impactful as it could have been.

For example, some EAS startups had undercut other local businesses by competing on lower prices which were only possible because of the allowance itself. In addition, the most successful founders supported by the EAS were those who had taken the allowance but who had intended to start new business anyway.

The recession facing the UK now is quite different to any other we have faced in that it affects every region i.e. unlike in the 1980s, the economic downturn from the Covid-19 pandemic is not focused only in regions of high unemployment.

There is also the view from many economists that this will be a downturn that will create a lost Covid generation of young people and the latter concern is why the Policy Exchange suggests that the new scheme should be targeted specifically at young people.

This is not only because of labour statistics showing that is the group that is currently losing their jobs during the current pandemic but because the original EAS programme proved particularly popular with young people with quarter of the participants under 25. In addition, this could be the group that would be most driven to currently succeed in self-employment with a report last year showing that over half of those aged between 14 and 25 have thought about starting a business.

To date, a failure to provide such support to startups has been one of the few mistakes made by Sunak Rishi since he became Chancellor. Given this, he would do well to consider the current proposals from its predecessor as a way to not only address this issue but, more importantly, encourage greater enterprise as part of the solution to the looming spectre of increase youth unemployment.