THE UK ECONOMY: A QUESTION OF CONFIDENCE? 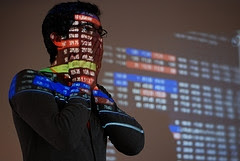 Western Mail article 6th August.
Last week’s crash in global stock markets was, according to some observers, inevitable given the financial mess in the eurozone that has yet to hit rock bottom and the recent political wranglings in Washington that have embarrassed the World’s largest economy.

But what of the UK economy?

Given the way that the media have been painting a general picture of doom and gloom over the last few months, do we also have reasons to worry?

There have rightly been concerns that the UK economy is not hitting its targets, growing by a disappointing 0.2 per cent in the second quarter of 2011, as compared to 0.5 per cent in the first three months of the year. However, the Office for National Statistics were keen to point out that a number of special events, including the additional April bank holiday, the royal wedding and the after effects of the Japanese tsunami, could have had a net downward effect of as much as 0.5 per cent.

Hopefully, this will mean that there will be higher growth in the third quarter of this year.
But what of other indivators?

Last week, the monthly report from the Purchasing Managers Index (PMI), suggested that the UK manufacturing sector had contracted in July for the first time in two years, with job losses also reported amongst the companies surveyed.

On first examination, this seemed like exceptionally worrying news as the recent economic recovery had been largely driven by the performance of manufacturing business, especially in the export market. As a result, the doom and gloom pundits were out in force across our newspapers and television channels, decrying the policies of the government and screaming wildly for Plan B’s

Yet is the economy really in the state portrayed by the media during the silly season of August?

A couple of days later, another PMI report showed an unexpected rise in the service industry as new orders and expectations for future business improved. This was being driven by sectors such as IT and business services whilst consumer-based sectors, such as hotels and restaurants, were still having problems.

At the same time, it was demonstrated that there had been a solid increase in performance within the construction industry, especially in commercial construction and civil engineering.

Given the size of the services sector, which accounts for around 70 per cent of the UK economy and now dwarfs the manufacturing industry, this growth should have been greeted with enthusiasm by economic commentators, and yet there was a muted reaction in the media, with a grudging acceptance that this could be better than suggested.

Of course, in the good old days, economists would be concerned not with the views of purchasing managers but of two main trends, namely inflation and unemployment.

Again, the news on these two indicators is contrary to the picture painted in the media.

With regard to the former, there was an unexpected drop in June when UK inflation was recorded at 4.2 per cent, as compared to the May figure of 4.5 per cent, although this remains well above the Bank of England’s target of 2 per cent.

More positively for the economy, the National Institute of Economic and Social Research said it expects inflation to fall to 1.9 per cent, which will ease pressures to raise interest rates.

In terms of unemployment, a number of leading commentators had predicted that the number out of work would have hit 3 million by now. Yet the latest statistics for April 2011 show that unemployment was 2.43 million, an actual reduction of 57,000 over the year. More encouragingly, the number of those in employment has increased by 309,000 in the last twelve months with a tenth of these jobs being created here in Wales. In fact, we have had a growth in employment rate that was double that of London and the South East of England combined.

Therefore, despite the constant stream of bad news stories in the media, the UK economy is not in the state which some suggest, certainly compared to where it was eighteen months ago under the last Government.

It is also likely that we will retain our triple AAA credit rating status for the foreseeable future given that, unlike the USA, there is market confidence in the deficit reduction plans of the Coalition Government. That means that the interest on the money that the Government borrowed will remain at low levels compared to our competitors.

Whilst the control of government debt is critical for the economy, we mustn’t also forget about the real wealth creators in the economy, and the good news is that the private sector is in better shape than many expected.

For example, it is estimated that large companies in the UK are currently sitting on around £65 billion of cash within their balance sheets and, sooner or later, shareholders will be demanding to have that money invested, either in new projects or acquisitions. The question, of course, is when will they have the confidence to spend that money in the economy.

In addition, there is growing pressure that the UK economy should be given a bigger boost through specific tax cuts, including reducing fuel duty, lowering corporation taxes for small business and increasing tax thresholds to lift the lowest paid out of the income tax system.

Of course, if the turmoil on the global markets continues, then there may be little that this or any government can do to stop further decline, given the interdependence between economies.
But in the meantime, it must ensure that it does everything in its power to improve confidence amongst businesses and get British industry reinvesting in the economy.