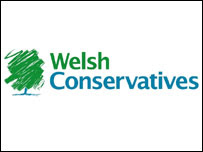 As some of you are no doubt aware, Lord Wyn Roberts has undertaken a review of devolution for the Conservative Party.

As many of you are no doubt aware, I stood as a candidate for the Welsh Conservatives in the constituency of Aberconwy during the last Assembly elections. Whilst I am not longer directly active in politics, I remain an interested bystander to the political process.

In particular, I have been observing the change in attitudes amongst Welsh Conservatives towards devolution. For example, a recent study by the Institute of Welsh Politics showed that 39 per cent of Welsh Conservatives expressed backing for a law-making parliament with 26 per cent preferring the current Assembly arrangements. Only 27 per cent favoured no devolution at all.

This result is clearly important as, barring a miracle for Labour, it will be a Conservative Government in Westminster with a considerable majority that will make the final decision on a referendum for further powers in 2011.

Of course, Welsh Conservatives are rightly dismayed at the way in which the Labour Party has largely mismanaged Wales during the last nine years, even with the current powers that they have had at their disposal. This, I believe, has affected the attitudes of many of our party towards the Assembly during the last few years .

Indeed, it is ironic that Plaid's decision to form a coalition with Labour last year has, in my opinion, slowed down the acceptance of devolution as, ironically, nothing would have been more beneficial for the case for further powers than having Welsh Conservatives as part of an Assembly Government in Wales.

Members should therefore not criticise the constitutional body itself just because the policies of another party have largely failed, especially when Conservatives have succeeded at other levels of government at a national and local level and could equally do so as part of a Welsh Assembly Government.

The Conservative Party in Wales should also stop worrying that further devolution would result in a call for independence (especially as the proportion of the population that want this option has remained stubbornly stuck at 12-14 per cent for the last decade).

Contrary to the nationalist viewpoint, the creation of a Welsh Parliament is a not a step towards independence but a move towards equality within a Union of Parliaments within the United Kingdom, a Union that would be strengthened by having a Welsh ’Senedd’ with full law-making powers. Indeed, as recent research into devolution by the Economic and Social Research Council suggested, the majority of the population of Wales perceive themselves as "both Welsh and British" (with some stating that they are more Welsh, others more British and others equally).

Certainly, as we have seen recently, calls for 'independence' will continue to be made as long as we have a nationalist party within Wales. However, with a quarter of the people living in Wales at the time of the 2001 Census born on the other side of Offa’s Dyke, along with strong economic and social ties to the rest of Britain (especially in the more populated areas such as North East Wales and South East Wales), independence will remain unsupported by the vast majority of Welsh voters for the foreseeable future.

Another concern of many Conservative voters is the assumption that Labour will always be in power in Wales within the Assembly. Again, this is no longer true and, as May’s council election results have shown, the position of the Labour Party as the major political force has been broken, possibly forever in Wales.

Therefore, whilst some within the Conservative Party continue to have strong views on further powers, the Pandora’s box of devolution has been opened and there is no going back to the days of the old Welsh Office before 1999.

Lord Roberts' review will no doubt examine the different options for the party but it is important that we have a full and frank debate on this issue.

My views are no more important than those of any other party member and some will challenge my approach to devolution. That is critical as I hope this submission will form part of a mature debate on further powers that sadly seems to be missing from much of Welsh politics.

In particular, I believe that the time has come to move away from obsessing about the process of devolution itself to emphasise the values of the Conservative Party within Wales - values such as opportunity, choice and responsibility - and focus on the type of policies that can make a real difference to the Welsh people.

This would contrast with the attitude of the vast majority of the political classes in Wales, who seem content to argue for more powers just because we have less than the other devolved parts of the UK. This just isn’t a good enough argument and will attract little support from sceptics across all parties.

Instead, the case for greater powers should be made because they make a difference to the lives of the people of Wales and not because of any devolutional shortcomings relative to Scotland, Northern Ireland, or even Guernsey and the Isle of Man.

In my opinion as a Welsh Conservative, that is the case that our party must make on behalf of the people of Wales as devolution, for better or worse, is here to stay.