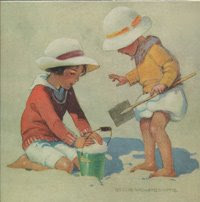 Having spent the last week on holiday in North Wales, I have had the opportunity to catch up with many friends working in the tourism and retail industry and to gauge the state of the sector during a difficult period for all Welsh businesses.

To say that things are worse than last year would be an understatement, with many complaining that their takings are dramatically lower as compared to the same time twelve months ago.

One small retailer I spoke to was over £6000 down on the same week last year and the sight of ‘to let’ and ‘for sale’ signs peppering the high streets of many small towns was enormously depressing. Another popular holiday letting firm actually had a house available next week during bank holiday week - a situation that they had never encountered since they began the business.

However, retail and letting outlets are not the only ones which are in trouble, with the restaurant and pub trade suffering as well.

For example, I spent Saturday evening having an excellent meal in a half full local restaurant that normally, in the last half of August, you would have to book days in advance to get into.

This anecdotal evidence is supported by statistics released last week from the Index of Hotels and Restaurants for Wales, which measures the output from these key sectors of the tourism economy and which, overall, account for 3.3 per cent of Welsh economic prosperity. It showed that for the period January-March 2008, the index for Wales fell by 6.4 per cent as compared to the previous 12 months. In the UK, the index rose by 2.7 per cent over the same period.

Whilst the accommodation sector output was 0.3 per cent lower than the previous four quarters, the restaurants and catering sector was 6.2 per cent lower and pubs 11.2 per cent lower. This shows the difficulties some key parts of the tourism industry experienced during the beginning of the year and which look set to continue throughout the summer.

These disappointing statistics could not come at a worse time for businesses struggling to be competitive during an economic downturn. Thanks to the hard work of operators in the industry, tourism has become one the jewels in the Welsh economy and it is critical that the funds are made available to support the sector and, mroe importantly, to market Wales as a world class tourism destination.

With a new Minister responsible for the industry, it may be time for the Assembly Government to re-examine its commitment to tourism tand ensure that it gets the support it deserves.

If not, then this could be a very long winter for tourism businesses across the whole of Wales.