Where it all went wrong? 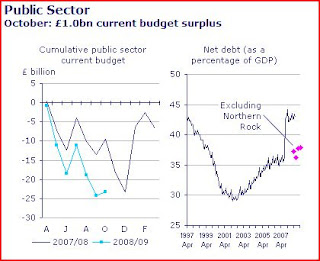 Look at the right hand graph from the office of National Statistics regarding the country's debt.

Up until 2001, the Treasury followed Ken Clarke's previous spending plans but then went on a spending spree after the election that has resulted in the hole that we find ourselves in at the moment.

Of course, whilst the graph is bad, it doesn't show you that the net debt will probably hit 57 per cent by 2013.

Hindsight, of course, is a wonderful thing and I wonder if anyone within the Government is now wishing they had stuck to the original spending plans for 1997-2001?