The Wonder of Woolies? 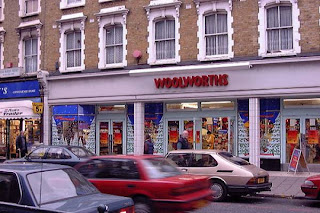 Whilst the press have been leading with the expected 2.5 per cent cut in VAT, another event may well have a bigger effect on consumer confidence.

There is talk that unless creditors, predominantly banks, agree a last minute deal, Woolworth's will close their doors this week. This will result in 30,000 direct job losses and potentially a further 100,000 to 120,000 jobs in other related businesses.

In Wales, that probably amounts to around 1500 direct jobs across the country.

The closure of this iconic retailer, which has a shop in almost every high street in the UK, in the run-up to Christmas will have a major effect on shoppers and the retail industry as a whole.

It will also be the real test, despite rhetoric from the Treasury, of whether banks in the UK are prepared to support British business.