Get the money out to small firms 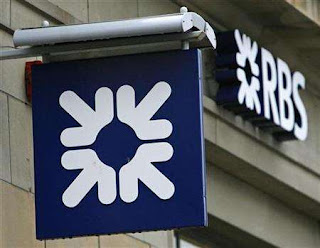 “Happy New Year!” was the refrain across the land as the clocks struck midnight on Wednesday night.

However, many economists would suggest that “happy” would be the last adjective they would use to describe 2009 and that it looks like being one of the worst years in living memory for the business sector.

Certainly, the reality of the situation is beginning to hit home with the man and woman in the street. A recent survey showed that less than 20% believe the Chancellor of Exchequer’s prediction that the recession would end this year.

The latest economic data makes grim reading for even the most optimistic observer. The British Chambers of Commerce believe that there will be a fall of nearly 3% in economic growth during the next year, worse even than the 1990s recession. It has also predicted unemployment hitting three million (or 10% of the workforce) over the next two years which, if translated to Wales, will mean around 150,000 out of work.

In terms of the housing sector, little seems to be happening despite the record cut in interest rates. Mortgage lending rates in November were at their worst for nine years and there are real fears that, contrary to government expectations, banks will lend less in 2009 to both consumers and businesses. Worse still, house prices are forecast to fall even further depreciating the only real asset that many people have at a time when the rates for savers have worryingly declined.

Insolvencies are set to rise to record levels and, following the demise of high street names such as Woolworths, MFI and Adams, it would seem that retail is set to bear the brunt of this recession, meaning that the pain will be felt in every town in the UK.

According to the market research company Experian, over 1,600 British retailers will go out of business in 2009 among the worst trading conditions in 30 years. This will result in thousands of job losses not only in the shops themselves but also in suppliers, manufacturing firms and service companies. Worst of all, it will leave 10% of shops empty, thus depressing consumer perceptions even further.

While the record falls for the pound against the euro and the dollar should be boosting exports, there seems to be little evidence yet of this potential benefit feeding through into the manufacturing sector.

The latest data from the CIPS survey of interest rates showed that December was the worst month for manufacturing since 1992. With firms shedding jobs at a record rate, it would seem that depressed global demand is not helping our factories. This is a significant worry for the Welsh economy as we are more dependent on the manufacturing sector than other regions in the UK.

So what can be done amongst all this gloom and doom? It all comes down, in the end, to common sense approaches.

I shall discuss the Welsh approach next week as I believe we have some unique opportunities which, if utilised properly could see us limiting the damage to the economy of Wales. However, at a wider UK level, the Government should stop tinkering with devices such as a 2.5% cut in VAT which has done nothing to boost retail confidence at a time when goods are being cut in price by 50% or more in almost all shops.

The real issue is to get the banks to adopt a sensible lending policy to our beleaguered business sector which does not involve cutting overdraft limits, withdrawing short term loans and increasing administrative fees for small firms.

If this involves government partly guaranteeing loans and overdrafts to small firms, then this needs to be the way forward to ensure that jobs are safeguarded and businesses survive.

If this is not done quickly, then my worry is that thousands of well managed businesses will go to the wall because of short-term cashflow problems brought about through no fault of their own, such as the collapse of a major customer and funding restrictions from banks.

The onus is now on ministers to act before it is too late and I remain convinced that if one of the banks in which the Government has a major stake – such as RBS – were to do this, then the other financial institutions would have very little option but to follow suit.

If we can get cash flowing to the business community once again, then the recession may be shallower than many of the economic forecasters have predicted.