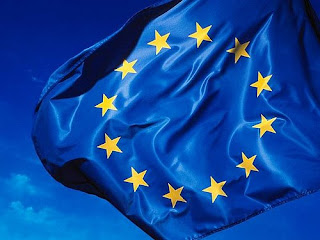 As many of you are aware, Wales was given an unexpected boost at the end of 2006 by qualifying for a second round of European funding.

Whilst being one of the poorest regions in the whole of Europe is nothing to be proud of, the £2 billion in funds from Brussels could help develop the competitiveness of the Welsh economy at a time when it is needed the most. Of course, this money came after £1.2 billion had already been given to Wales under the old Objective 1 programme for the period 2000-2006.

Ensuring that the money is spent on projects that make a real difference to the Welsh economy is critical, especially at a time when other public sector budgets to support business are being stretched to the limit.

Many would therefore have been shocked and dismayed at the revelations from last week’s National Assembly’s European and External Affairs committee, where it was allegedly revealed that £77 million of European funds will have to be returned to Brussels because it has been unspent during the Objective 1 programme.

If this is the case, then it is a real tragedy for Wales as that funding could have made a real difference in a number of businesses and communities in our poorest areas.

Of course this must not be allowed to happen again, although this comes after concerns that the current European programme is becoming over-bureaucratic and that key projects are being delayed even though they have been in development for over fifteen months.

For example, I have been told that there are a number of significant research and development projects from the region that, despite having been in development since September 2007, have yet to be approved. This is clearly unacceptable especially as the university sector has a key role to play in boosting the Welsh economy and it is vitally important that those projects are given the green light as soon as possible.

Similarly, projects being developed by local authorities are also awaiting approval and, given the current financial crisis hitting many councils, there may be difficulty in actually finding the necessary match funding which is needed because of other budgetary pressures.

Whilst the Assembly Government, argues that it has allocated over £520 million, mainly to projects it manages itself, very little of this has actually been spent to date because of the delays in starting projects that can make a real difference and, with recession looming, private firms may not be able to now find the funding necessary to participate in programmes.

We all appreciate that there is a need for detailed scrutiny of any publicly funded project. However, it is becoming clear there has been an inordinate amount of time since applications were submitted and whilst the assessment process needs to be thorough, it should not take more than a couple of months to assess any business plan.

It could be argued that the slow pace of spending isn’t an issue and that Wales will catch up with its expenditure. However, it has been suggested that, under European financial rules, money may have to be returned again if the programmes have not spent £130 million by the end of this year.

If Wales is going to come out of recession in a strong position, it must use every opportunity available.

Having access to additional European structural funds like the Convergence programme is an advantage most other parts of the UK do not have and we must get the funding out as quickly as possible. If this requires more resources to assess the viability of the projects caught in the logjam, then politicians have to ensure that these are made available.

Europe has presented Wales with a second opportunity to make a real difference to the economy.

Let’s not throw it away because of an unnecessary obsession with bureaucracy.