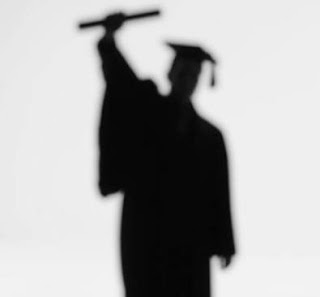 The last month saw a highly divisive split within Plaid Cymru over the issue of top up fees within our universities.

So what was all the fuss about?

Simply put, Welsh students who study in Wales currently pay £1,285 a year towards the costs of their tuition, rather than the full fee of up to £3,225 they would otherwise pay.

In contrast, students in England are charged the full top up fees and it was a combination of Plaid, Lib Dem and Conservative Assembly Members who ensured that Welsh students were subsidised to attend university.

The same parties fought the 2007 Assembly election promising that they would not make students pay the extra top up fees. However, now Plaid is in Government with Labour, it has now decided to scrap the fee subsidy and focus some of the funds saved on those from the poorest families.

Why would Plaid and Labour want to do that?

The answer is simple – money.

There is currently a £61 million funding gap between English and Welsh universities and politicians have refused to make good this deficit from their current budget. Instead, they have now decided take tens of millions away from students and to give it directly to universities to help close this gap.

Certainly, our universities need the funding and the settlement announced yesterday from the Higher Education Funding Council for Wales was considerbaly less than for England and so widened the gap even further.

Only earlier this week, Bangor University admitted that it was £5 million short of reaching their financial target for next year. Quite rightly, the institution has begun a range of actions to deal with this deficit including a review of academic and operational activities to reduce costs and remove duplication, developing a new procurement strategy and looking for greater efficiencies through improved resource and energy management. As the university admits, there will be cutbacks across the university, with reductions in expenditure, discussion of introduction of early retirement and voluntary severance schemes as well as an introduction of a temporary freeze on staff recruitment.

If Bangor’s financial situation is indicative of the higher education sector as a whole, then there must be serious doubts as to whether universities will be in a position, as they have pledged, to make any significant contribution in supporting the Welsh economy in dealing with the coming recession.

It is easy to forget that they are vital partners in ensuring that the £2 billion of European Convergence funding is used to improve the competitiveness of the Welsh economy. If they are struggling to find money to run their day-to-day operations, there must serious worries that they can find the additional matched funding that is necessary for projects to be given the green light.

Indeed, the Welsh European Funding Office which administers and manages European funds may well refuse applications from institutions in difficulties because of the risk that they may not be able to deliver the projects because of other financial pressures.

This would be a tragedy for the Welsh economy as it will be those economies that are innovative, competitive and drawing on higher value-added skills which will emerge from the recession in a strong position. If we starve our universities of vital funds to develop skills and innovation, then we will continue to be the poorest part of the UK for years to come.

As is likely to be announced today, is taking money out of the pockets of students at a time when the majority of families across Wales are facing increased financial hardship the way forward?

Indeed, before making such a decision, politicians would be wise to heed the words of an ex-President of Harvard University, who said that: "If you think education is expensive, try ignorance".

Certainly, those in power have hardly blinked before giving billions of taxpayers’ money to support the banking system.

If they can do that, then they should have no hesitation in providing the right level of support for an education system that will sustain and develop our economy in the future.