Retailing, the Budget and the recession 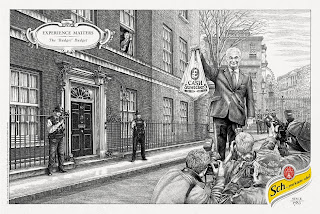 Whilst the whole of the UK economy has been damaged by the recession, it is generally accepted that the sector that has been hit hardest is retailing, which employs 11 per cent of the UK workforce and generates £278 billion per annum.

During the last few months, we have seen the demise of household names such as Woolworth's, MFI, and Adams and other shops have only survived through a process of heavy discounting which, in turn, has hit their bottom line and made survival more difficult.

There is also growing concern that some towns are being affected more than others during this retail slump.

For example, a recent study showed that Holyhead is the worst hit street in the UK, with 39 per cent of all shops in the high street being empty. Llangefni, the second major town on the island, is also in the top ten of so-called ‘ghost towns’ with just under a quarter of its shops empty.

So what should be done to alleviate this blight on our communities?

Some local authorities have already taken action and have encouraged vacant shops to be turned into art galleries, community centres and other public spaces, although organisations representing businesses have suggested that such policies are mere window dressing and instead want serious changes to encourage the resurrection of the retail sector.

The British Retail Consortium has argued that clauses which allow landlords to raise rents automatically should be scrapped and the Federation of Small Businesses has urged councils to no longer view parking as a way of generating revenue and should instead stimulate trade within smaller towns by charging less.

Small businesses have also urged the government to give planners discretionary powers to veto out-of-town shopping centres if there is a risk they could weaken the high street.

However, analysts believe that it is tomorrow's budget that could have the biggest effect on future recovery prospects for the retail sector.

In particular, retailers are looking for a freeze on all new business rate burdens which should be effective immediately although this decision to support retailers could be taken unilaterally by the Welsh Assembly Government as business rates is a devolved matter.

Given all of this, the question is whether the retail sector will recover during 2009?

In my opinion, it is still too early to say but in addition to the Chancellor’s budget, there are a number of results which will be announced this week from businesses such as Burberry, Debenhams, Tesco and WH Smith which will be the first indicator of how the high street has performed since the Christmas period.

Some are suggesting that spending will increase as shoppers, having saved money through reduced mortgage payments and low energy bills, are ready to start spending again. However, there are also indications that consumers are tightening their belts and are instead using these cash windfalls to pay off high debts.

At least in Wales, there was a silver lining last week for the retail sector as five closed Woolworth's stores in were taken over by the Original Factory Shop, a discount department store which sells clothes, toys, gifts, electrical goods and housewares.

Given that the stores were probably the largest in the high streets of all five towns, this development will at least helps to revitalise shopping and hopefully attract more consumers to shop within these areas.

We will have to wait and see whether this shows that the sector is finally getting back on its feet here in Wales but given that the retailing is a key sector in every town throughout the land, support from the Chancellor tomorrow is vital if it is to recover during the next six months.