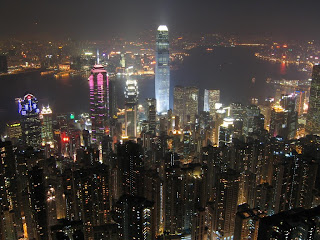 Having spent the past week in the Far East on business, it quickly became obvious, even to an outsider, there is just as much confusion in the Asia Pacific region about how long recession will last as there is in Europe and the United States.

There are mixed messages from a range of indicators in the region.

For example, stock markets in Singapore, Hong Kong, Taiwan and India rose considerably on Tuesday after the news there could be an unforeseen revival in manufacturing in China, thanks to the £400bn pumped into stimulating domestic demand by the Chinese government.

This news came after the publication of a totally unexpected increase in the Purchasing Managers’ Index in China for April, which went above 50 for the first time since July 2008 (in March it was 44.8). This implied manufacturing was actually expanding in the world’s third largest economy.

Next day, there was a depressing forecast by the International Monetary Fund (IMF). This indicated that economies across Asia still faced a long recovery over the next couple of years, with growth slowing to 1.3% in 2009, compared to 5.1% during the previous year.

Perhaps the one silver lining in this forecast is that despite this relative fall in prosperity, the performance of the Asia Pacific region still compares extremely well with the estimated annual decline of 4.3% for the UK economy in 2009 – the fastest fall since the Second World War. A similar decrease in prosperity is expected for the rest of the European Union.

It could be argued that Welsh firms looking to expand during the current recession should focus their efforts overseas, on the Asian markets.

Certainly, I have talked to a number of Welsh business owners on a Far East trade mission during the last seven days, and there is certainly confidence among these entrepreneurs that the business sector in Wales can, with the advantage of a weaker pound, make the most of export opportunities in countries such as China, Hong Kong and Singapore.

Currently, the majority of exporting by Welsh firms remains concentrated in the USA and Europe. But those experiencing the fastest growth seem to be exporting to the Far East where there is a real impact being made by Welsh businesses.

Every export sector is important but one area in which an economy the size of Wales’ can work alongside other smaller economies such as Hong Kong’s or Singapore’s is in the development of the knowledge-based sector.

Both these Asian governments are pouring increasing sums into attracting both research operations and students to the region.

For example, the International Fellowships Programme offered by the Research Grants Council in Hong Kong plans to target top-flight international students to undertake their postgraduate studies at local universities.

In a strategy that is broadly similar to the Prince of Wales Scholarship Programme currently being offered by the University of Wales, a total of 135 PhD students will be recruited annually to Hong Kong from across the world to help develop knowledge potential. As a result, there is certainly scope for Welsh universities to work alongside institutions in Hong Kong to develop potential collaborative projects for students.

Similarly, EADS – the owner of Airbus – has recently announced long-term R&D partnerships in Singapore with the National University of Singapore (NUS) and Nanyang Technological University (NTU). These will focus on the development of contract research between the two universities and various parts of the company.

For example, EADS and NTU have agreed to collaborate on aerospace topics.

The first project being launched is to develop a helicopter airspeed sensor for Eurocopter (another EADS company) and the NTU School of Mechanical and Aerospace Engineering. This will improve a helicopter’s operations and enable it to operate accurately during the crucial phases of hover, take-off and landing.

Given that aerospace is a key sector for the Welsh economy and that EADS already has bases in both Broughton in Flintshire and in Newport, South Wales, there are clearly opportunities for partnerships with Singapore industry and academia that could be realised with further exploration.

The message is Asia is open for business.

The challenge for Welsh businesses and universities is to take full advantage of the opportunities presented to them.