Ageing population and its implications for Wales 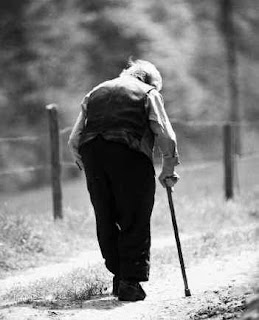 "WALES has to wake up to the challenge of an ageing workforce with more than 40% of the population likely to be aged 50 and over by 2031.
That was the warning from experts and older people’s charities last night as official statistics show that the population of over 50s in Wales increased by 15.6% in from 1991-2007, and stood at 1.11 million in 2007. That means it is already at 37% of the overall population and is higher than the UK figure of 34%, according to the data published by the Welsh Assembly Government.
The number of people aged 50 years and over in Wales is projected to increase by a further 28% by 2031, to 1.42 million or 43% of the population – increasing mainly due to the rise in life expectancy for men and women over the past 30 years.
Between 1976 and 2006 the life expectancy at birth has increased by 8.4 years for men and by 6.3 years for women. The population aged 85 and over is projected to more than double in size between 2007 and 2031 to 156,400.
The effect of such population change on the economy could prove costly to the Welsh economy, with fewer people working and paying taxes despite more of a reliance on state support.
Dylan Jones-Evans, director of research and innovation at the University of Wales, argued that there is a growing case for increasing the working age limit from 65 to 70.
He said: “The big challenge that the UK as a whole faces is that there will be fewer adults working to pay taxes and support this ageing population. If we don’t change the limit at which we retire then there are going to be fewer people able to fill the jobs available. You are then back to the issue of bringing people in from outside Wales and the UK.
“That is the major challenge, not only is there an ageing population that is living longer, you also have a lower birth rate and as a result the potential people of working age in the population declines year in year. You will to struggle to find the right type of people to fill these vacancies.”
Prof Jones-Evans said the one way of addressing that problem was to raise the working age limit. He went on: “Clearly people are living longer and what we have to do is encourage greater activity among our older people.
“What we should be doing is encouraging businesses to develop more flexibility geared towards older workers to ensure they can continue to make a contribution.
“We afford flexibility and flexible working to parents, so why should we not be doing the same for older people. They might be able to job share and continue to do the jobs they were doing before.”

Full article can be found here.