The Appliance of Science? 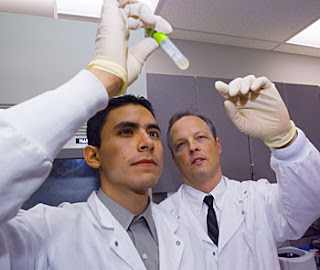 Could this be the week the Welsh Assembly Government finally gets its act together over science, technology and innovation policy?

If you read some of the headlines in the press, you could be persuaded that could well be the case.

After years of prevarication, WAG finally announced the appointment of a chief scientific adviser, directly accountable to the office of the First Minister, to advise WAG on all matters scientific.

Given that there seems to be a complete dearth of scientific knowledge among Assembly politicians, this post is long overdue and is a small victory for many of us who have campaigned to get a high-powered scientific expert into the heart of Welsh policymaking.

Indeed, six-and-a-half years have elapsed since I recommended the creation of such a post in evidence to the Economic Development Committee on the state of research and development in Wales.

One can only hope that with WAG finally giving in to the logic of creating such a post, the right person is appointed who will drive forward the research agenda in Wales, especially given the policy vacuum that has existed in this area among existing public bodies.

We then saw the announcement by Swansea University on the proposed establishment of a second campus which will, according to the institution’s press release, create 11,000 jobs and generate £3 billion into the local economy over the next 10 years.

If approved, this “science and innovation campus” could, in principle, become the largest knowledge-based economy in Europe. Of course, its future success is dependent on a whole range of factors, including attracting tens of millions of additional funding, support from major companies and a political will to make it happen. However, at least Swansea University cannot be faulted for its ambition in developing a new approach that links research and development activities directly into the regeneration of the local economy.

Finally, as discussed yesterday, the Welsh Assembly Government has given Airbus in Broughton a £28m grant to secure its future in the region at a time when even the UK’s most advanced manufacturing facility was considering further job cuts in the face of the recession.

More importantly, the investment is focused on the development of new composite technologies which will revolutionise aircraft design over the next decade and is intended to create a world class centre of expertise in this area.

I only hope some of this money will find itself into local institutions such as Glyndwr University, which has itself invested heavily in attracting professors in areas such as composites and advanced manufacturing.

Building scientific capacity to work alongside firms such as Airbus is equally as important as funding the companies themselves and our higher education institutions have a vital role to play in this regard.

On reflection, this therefore seems like good news all round for the science and technology community but there is much more that can be done to ensure we maximise the opportunities that are available to develop a value- added knowledge-based economy in Wales.

Certainly, one area in which there has been a distinct lack of immediate action is that of the approval of European Convergence Funds to projects involving the university sector.

Reflecting the European Commission’s Lisbon agenda priorities to develop a knowledge-based economy, more than 313 million euros has been committed, over the period 2007-13 to support innovation-related projects.

Yet, since the programme started in January 2007, only two projects from the higher education sector have been approved by the Welsh European Funding Council (Wefo), part of the Welsh Assembly Government.

Of course, those applying are saying the process of approving projects is too slow, bureaucratic and cumbersome with some projects having waited two years for approval.

However, in response, those managing the process have indicated that the university sector is not getting its act together and not responding quick enough to requests from Wefo for further information to ensure that the projects are getting approved.

Whoever is right, the truth of the matter is Wales needs its university sector to play a full role in developing successful European projects in the fields of technology and innovation if it is to create the knowledge-based economy of the future.

Rather than arguing over who is wrong or right, perhaps it is time for politicians to go in there and bang a few heads together to ensure this problem is unblocked quickly. Certainly, if the delays continue, it will be the Welsh economy which will be the loser.

The creation of a chief scientific adviser and the funding of composites development at Airbus, alongside the ambitions of Swansea University, are all a step in the right direction for the future of the Welsh economy.

However, the hundreds of millions of pounds worth of European Funds provided to support universities’ development of their innovation potential is a competitive advantage other parts of the UK simply do not have.

We would be foolish not to ensure this money is spent now on ensuring we create the science and technology infrastructure that is vital to the future prosperity of this nation and to putting the economy in a great position when we finally come out of the recession.