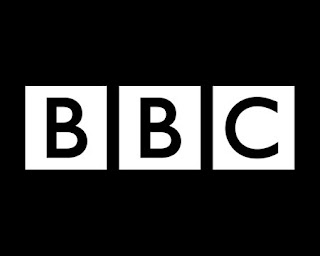 Just when you thought that those who live off the public purse had finally been told that their behaviour is unacceptable, along comes the BBC’s top executives with their expense claims for corporate entertainment, hair styling, insurance claims for a stolen handbag and champagne and flowers for their ‘stars’.

Don’t get me wrong. I don’t think anyone objects to the fact that people should get remunerated for expenses incurred as a result of their job. The main objections are when people push the boundaries of what is acceptable, especially when public funds are involved.

At a time when the majority of workers in the UK are facing pay freezes, pay cuts or even redundancy, this type of behaviour has brought the salaries of those paid by the public purse into sharp focus.

During a week when some staff at British Airways had agreed to work without pay for a month to save their jobs, we discovered that not only were they milking their own expenses system, but that the top fifty executives in the BBC cost the licence fee payer nearly £14 million last year.

As we enter an age of new puritanism brought on by the ravages of the worst recession since the Second World War, it only right that taxpayers asks how their money is being spent by the public sector.

This is not the politics of envy but the politics of accountability and we should set new standards for those working within any organisation which is dependent on the public purse, which includes not only government, but also the BBC, S4C, local authorities and health trusts.

If the top executives of such organisations were in the private sector, they would be rightly rewarded for creating wealth for the shareholders who have invested in their company but, equally, would find themselves out of a job if they did not perform as expected.

Is the same true of those executives within the higher echelons of the public sector who have secure jobs for life, pensions some of us can only dream about and salaries which are higher than some of the most influential people in the land?

Indeed, many of those executives within the BBC were actually earning an annual salary that was higher than that of the Prime Minister himself. In Wales, the chief executive of S4C gets a salary of £156,000 as compared to the £130,000 earned by the First Minister every year.

The usual line that is peddled out for such differences in salary is that those working for public organisations would be paid far more if they were in the private sector.

Who are they trying to kid?

First of all, many of those in these posts have been in the public sector most of their working lives and have been promoted internally. Secondly, if the private sector was more attractive, then many of these individuals would have jumped ship long ago except for the simple reason that they know in their own hearts that they simply wouldn’t cut the mustard and, unlike the public sector, failure would not be an option.

More importantly, I doubt if there are any vacancies within the private sector at the moment and if so, there are hundreds if not thousands of better applicants with direct experience of working in the real world of business.

Of course, if anyone wanted to test whether the public sector is paying too little, then advertise the current senior jobs at half the salaries being paid. I can absolutely assure you that not only will you get a deluge of candidates with the right experience and track record but, in most cases, they would be a massive improvement on the incumbents.