Could WAG have done more to help young people get to university? 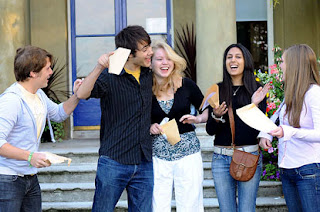 Last Thursday saw celebrations in schools and colleges up and down the country as 98 per cent of students in Wales passed their A-levels, with a quarter being awarded the highest grade.

However, many of those who just failed to get the grades they require may face disappointment over the next few days with 135,000 students fighting for 22,000 spare places through the clearing system.

In Wales, Aberystwyth University has already closed its doors to new students and a number of others are likely to follow over the next few days.

Of course, such competition could not come at a worse time for those who do not have the required grades. The recession has meant that there are very few jobs available, even for those who have qualified from higher education.

Many other large companies are set to follow this lead as they struggle to cut costs during the current economic downturn.

According to official statistics, the current recession has hit young people the hardest of any working age group. It has been estimated that the unemployment rate amongst 16-24 year olds is quickly approaching 20 per cent, almost two and half times the rate for the rest of the population, and looks set to get worse during the next few months.

Of course, politicians will continue to argue that they are doing their best but is this really the case in Wales?

As many of you know, Wales is in receipt of nearly £1.9 billion of European Structural Funding, a competitive advantage that other parts of the UK - with the exception of Cornwall – do not have.

More significantly, the European Social Fund - the programme for supporting training and education - has a specific priority for funding programmes which can supply young people with the skills needed for learning and future employment.

This priority has been allocated £144 million of European grant, of which only £35 million has been committed to projects.

Therefore, there is an unbelievable £109 million currently available to directly support young people living within the poorest areas of Wales, which include Gwynedd, Anglesey, Denbighshire and Conwy.

I know that ministers have sometimes been accused of moving with all the urgency of a sleeping snail but with young people in Wales facing an increasingly uncertain future, but why couldn’t the Welsh Assembly Government have made some of this money available immediately to increase the number of places in universities and colleges across the nation?

Indeed, the First Minister is fond of boasting that the ProAct scheme to help companies was put through in a record time and, consequently, millions of pounds of European funding has been made available for training within a few months.

If that is the case for ProAct, then why couldn’t civil servants and politicians have done the same to help those young people who are facing an uncertain future if they can’t get a university place or a job and, like thousands of others, will end up on the dole?

The fact is that those in power have taken their eye off the ball and, as a result, thousands of young people in Wales could be consigned to the scrapheap of unemployment.

However, it is not too late and if the Assembly Government were to act quickly, it could pledge to use this funding to make thousands of extra places available for Welsh students next year and ensure that, during the worst recession of recent times, that we are using all the funds at our disposal to make sure that our young people have access to a brighter future.

Update 0900: BBC Wales have just revealed that HEFCW have announced budget cuts for next year, something which this blog predicted on August 8th. This means that even less Welsh students will be going to university next year.