Information Literacy and the Digital Divide 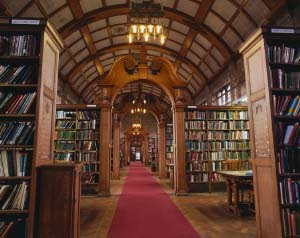 As the old saying goes, information is power, and as the world becomes a smaller place with the advent of the internet age, those with access to that information are in pole position for a better life.

This view is clearly supported by Welsh MPs who recently concluded that access to super fast broadband technology in Wales would be a key factor in the future economic growth of the nation.

In particular, the report from the Welsh Affairs Select Committee highlighted the problem of areas with limited or no access to high-speed internet connections.

Of course, the economy of North Wales has recently been given a boost in this direction by the announcement of the £30 million fibre network across a dozen or so business parks, although the real test of its success is whether it can branch out from the main 200 mile route along the A55 into the more rural areas of Wales.

It is not only infrastructure which is important in bridging the so-called ‘digital divide’. Dr Hywel Francis, Chairman of the Select Committee, stated that proper thought should also be given to addressing specific issues such as the Welsh language.

Whilst such considerations are rightly important, a more pressing problem the inability of many of those within our poorest communities to access the information they need to conduct their daily lives from the internet.

As a result of this lack of information literacy, some of the most vulnerable groups in Wales are becoming even more excluded from modern society, yet it remains an area which has yet to be properly addressed by policymakers. This is despite overwhelming evidence that the growing gap between those who are "information rich" and "information poor" within our society has the potential to create significant social and economic problems in the future.

Certainly, there is little evidence that information literacy forms a part of any initiative to support the educational and training needs of those within our more deprived communities. Indeed, as government services, educational resources and information move online, those who have not been adequately trained to access such services become increasingly excluded and increasingly financially disadvantaged if they cannot access support.

Yet the importance of information and a clear strategy to ensure its dissemination to the wider community is being ignored even by those who should know better.

This is exemplified by the case of Bangor University which, for the first time in its 125 year history, no longer has a University Librarian but instead has chosen to merge the role with that of the Director of Information Services. This follows the institution’s decision to get rid of the majority of its professional librarians in 2005.

It may be that senior university managers considered librarians to be superfluous with the advent of search engines such as Google. However, as many of the very best universities in the World can attest, librarians remain a vital human interface with users and provide guidance to accessing the right information.

Indeed, if individuals are not supported properly in how to use search engines such as Google effectively, then it becomes a completely useless tool that may, worryingly and potentially dangerously, provide wrong and misleading information.

Certainly if one of our oldest academic institutions can act in such an ill-informed way, what sort of signal does that send out about information literacy to other organisations across North Wales?

The report by the Welsh Affairs Select Committee is a welcome first step but if we are to create a truly digital society, we must not only build a world class broadband network in Wales but also give everyone the skills to access it properly.

If not, it is like buying a seventeen year old a Ferrari without paying for the driving lessons first.