THE POPULATION OF WALES 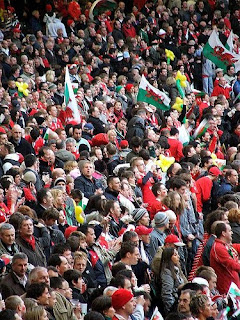 The latest population estimates for Wales have just been released by the Welsh Assembly Government.

The min headline from the data is that the number of people living in wales continues to grow Wales - in June 2008, there were 2,993,400 people resident in Wales. This is an increase of 13,500 on mid-2007. Given this increase, it is likely that we have already passed the 3 million mark for the population of Wales, although this won't be confirmed officially until next year

Interestingly, there was little change in the broad age structure of the population compared to 2007, although Wales continues to have more retired people than the average for the UK - 21.4 per cent are of retirement age (639,400 people) in Wales as compared to 19.2 per cent for the UK.
Given that I have been invited to discuss the Barnett formula with the Holtham review next month, it will interesting to find out whether such considerations are made in the allocation of any funding for social services and health from central government.
Finally, the number of children aged under 5 in Wales increased by 2.8 per cent between mid-2007 and mid-2008, and all local authorities saw an increase. This will clearly have an impact on the provision of educational services within Wales and some critics of school closures may argue that they are premature.

The latest data hasn't been posted on statwales yet, but it will be worth seeing if there is anything else that comes out from the data at a spatial level, such as any 'brain drain effects' from rural to urban counties.