THE DEMISE OF ANEURIN GLYNDWR 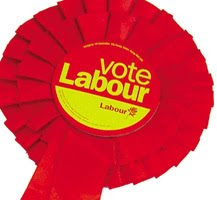 Nearly all of my blog entries focus on the economy but I also have an interest in what is going on elsewhere in the Welsh blogosphere.

When Aneurin Glyndwr was launched earlier this year, it promised "a modern platform for the politics of the progressive left".

After the debacle of the Delilah video, its presence on the web has hardly turned out the way its founders, including Peter Hain and Eluned Morgan, expected.

Given that there were only four posts in the whole of August and no "platform" article since April 30th, it gives the impression that the protagonists behind the site have simply given up.

Worst of all, rather than being a site which acts “as a genuine means for people to put politicians on the spot on the difficult issues, obtain answers and directly input into policy deliberations”, it has reverted to simple abuse about its political opponents.

Earlier this summer, David Taylor – one of the creators of the website - said in the Western Mail,

“The one thing the McBride affair did do, or at least ought to have done, is get us to recognise that just going negative is ultimately self-destructive….For the web to play its full part in the UK political arena, the first thing all of us must do is recognise that the era of snide attacks and smear has to end.”

Given this, you have to wonder why we see stories such as:

The content of the postings continues along the same lines – schoolyard taunts attacking political opponents rather than offering anything positive about Labour's own policies. Indeed, you would be hard pressed to find any posting which argues the case for Labour either in Wales or the UK.

Whilst I am clearly on the other side of the political spectrum, I find that enormously disappointing. The blogosphere is an ideal environment for robust political debate but it would seem that the Labour Party in Wales has reverted back to the abuse of the Arsembly blog but, unfortunately, without the humour.

Perhaps their defence is that they are merely following Leighton Andrews’ advice, who said

“So, here's a message to Welsh Labour bloggers. Most of the Welsh blogs around don't matter in the slightest. None has ever influenced a voter or made a difference to politics.

Unfortunately, the Deputy Minister also said that they should:

“concentrate on building a strong Welsh Labour presence on the web, which speaks to the future and to real people, that sets out a debate about where our party is going and what it is doing in government at UK and Welsh levels, and sets out our dividing lines with the other parties.”

Their failure to do exactly that epitomises the disappointment of what Aneurin Glyndwr has become and reflects the wider state of the Labour Party in Wales.