DOUBLE DIP RECESSION IN THE UK? 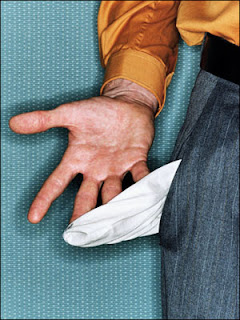 Given the some of the recent indicators such as house price increases, it would seem that the UK is well on the way to follow France and Germany out of recession.

However, some of the statistics released yesterday suggest otherwise.

According to the Bank of England data, loans to businesses fell by 1.7 per cent in July, representing the biggest monthly fall since records began in 1997. Overall, lending to businesses was down 2.9 per cent as compared to the previous year. This is despite the hundreds of billions that have been poured into the banking sector during the twelve months. Unfortunately, most of this money has been hoarded by the banks in an effort to improve their poor balance sheets with very little finding its way to businesses.

This suggests that if businesses are unable to access credit, then many more will struggle with debt and we may see another wave of closures during the winter, leading to a double dip recession and increased unemployment.

However, perhaps the most surprising indicator was that of the Chartered Institute of Purchasing and Supply’s headline purchasing managers’ index for UK, which fell below the 50 no-change mark in August, indicating renewed contraction in the sector.

This manufacturing PMI, a composite measure of activity in the sector which includes output, new orders, employment, suppliers’ delivery times, and stocks of goods purchased, fell from 50.2 in July to 49.7 in August. This in contrast to expectations by City economists who had suggested that it would increase to 51.5.

This all suggests that, contrary to what the Chancellor of the Exchequer predicted recently, we may not yet be in a position to emerge out of the recession unless our fragile manufacturing sector recovers and, more importantly, banks start passing on the billions of pounds of public funding to businesses that need it.