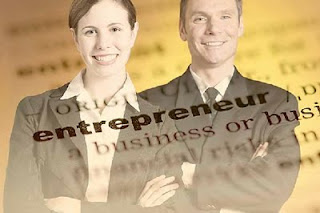 Prior to taking my new post at the University of Wales last summer, I was involved in the Global Entrepreneurship Monitor (GEM) project in Wales for eight years.

GEM is an international project involving 43 countries which undertakes research on entrepreneurship and its links with economic growth.

Since 2000, the GEM Wales team would publish the results openly in the early spring of each year and invite business, government and academic representatives to discuss the implications of the results for the Welsh economy.

Given this, I have been mystified as to why the 2008 results have not been published by the Welsh Assembly Government, given that the data was announced at a meeting in Birmingham at the end of March.

Nevertheless, I have fortunately been able to track down the 2008 GEM report for Wales and the main results are as follows:

So what does this tell us and are there any policy implications for Wales?

Certainly, whilst Wales has closed the gap with the rest of the UK, the rate of entrepreneurial activity in Wales is well below the heights achieved under the Entrepreneurship Action Plan in 2003, when 6.8 per cent of the population were either starting or managing a new business.

Since the EAP was abolished five years ago, Wales has been stuck at around five per cent of the population being involved in entrepreneurial activity. Whilst some may welcome the fact that Wales and the UK are now almost on level terms, Wales has only caught up with the rest of the country because entrepreneurial activity in other regions has actually fallen over the last few years and not because we have improved our start-up rate

The greatest worry for policymakers should be the data for those who perceive good opportunities for starting a business in the next six months. Wales, at 19.5 per cent, is the UK region with the lowest proportion of non-entrepreneurially active adults who think that they could potentially become an entrepreneur.

In contrast, a third of those questioned in Scotland and the South East of England thought that were good opportunities for a new business start. Of course, the less people who are interested in starting a business, the less new businesses you will have in the economy in the future.

Another finding that has to be treated with an enormous amount of caution is the finding that the gap between male and female entrepreneurial activity is amongst the smallest in the UK. This could suggest that we no longer need any support that specifically encourages female entrepreneurs and that we should mainstream such programmes.

This would be a false assumption as the main reason for the gender gap closing is the decline in male entrepreneurship, not the increase in female entrepreneurship. This is a pattern that has been repeated regularly during the last eight years of the GEM study in Wales.

Indeed, given the fact that the recession has hit male dominated sectors such as construction and manufacturing, it would be no surprise if we saw this gap close even more during the next twelve months.

Ten years ago, the Entrepreneurship Action Plan was established as the first regional enterprise strategy anywhere in the World.

Overnight, Wales became a pioneer in the development of policies and practices that encouraged the development of an enterprise culture and, as the GEM results for the early years of this century showed, increased the entrepreneurial activity of this nation. Whilst the GEM study shows that the gap has closed with the rest of the UK, this is merely because the other regions have fallen back whilst we have stood still.

As we emerge out of recession months, Wales will need its entrepreneurs more than at any other time in the last decade as we try and build a new economy following the tens of thousands of job losses, mainly from larger manufacturing and financial operations.

Now is not the time to cut back on enterprise support but to ensure that it forms a central role in Welsh economic policy and is given the resources to make a difference to this nation.