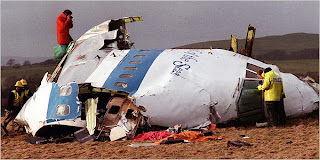 There has been considerable debate over the Scottish Government’s decision to grant compassionate release to Abdelbaset Ali Mohmet al-Megrahi, the man convicted of planting the bombs that brought down the Pan Am flight over Lockerbie in 1998, causing the deaths of 270 people.

Initially, this was seen as a decision made predominantly on compassionate grounds by the Scottish Government in Edinburgh without any interventions at all from Westminster. However, during the last couple of weeks, evidence has begun to emerge that this may no longer be the case and yesterday, there were even revelations that the Libyans had even paid for the medical advice which secured the release.

Whilst prominent Libyans, such as Colonel Gaddafi’s son, had suggested that al-Megrahi had been released as part of a wider trade deal with the UK, this was initially denied, with Lord Mandelson pouring scorn on such speculation. However, as the truth threatened to come out, one of Labour’s leading ministers has since acknowledged that trade deals with Libya had actually played a ‘very big part’ in the decision to free the Lockerbie bomber.

In a wide ranging interview with a national newspaper on Saturday, Jack Straw, the Justice Minister admitted that one of the key factors in releasing al-Megrahi was merely a pawn in a multi-million oil exploration deal between Libya and BP.

In kowtowing to large multinational conglomerates and their greed for oil, it would seem that the Labour Government has seriously damaged our diplomatic links with the USA, one of our biggest trading partners. Many will simply not understand why anyone would put an oil deal with a dictatorship ahead of our relationship with our strongest ally.

And America is angry, in the same way that we would be if our citizens had been cold bloodedly murdered by a terrorist and the convicted perpetrator released as part of a trade deal. There has already been a call for an inquiry from leading Democratic senators to 'uncover whether justice took a back seat to commercial interests'. With an increasing number of American politicians seeing the decision to release al Megrahi as a sign of weakness against international terrorism, this could potentially escalate into the worst diplomatic freeze between the USA and the UK since the Suez Crisis of 1956.

We therefore have a British government which has put commercial imperatives before the long term security of this country and the friendship with our closest ally. We have a Prime Minister who failed to give any opinion on the release of al Megrahi and, worst of all, who stated earlier this week that there was ‘no deal on oil’, a statement which means that he is either ignorant of what his ministers are up to or he has been economical with the truth about these revelations.

Supporting trade deals in exchange for the release of a convicted terrorist is bad enough but in the middle of this international furore, many have already forgotten the British victims of Libya’s terrorism activities during the last thirty years.

These include PC Yvonne Fletcher - who was shot and killed whilst on duty outside the Libyan Embassy in 1984 - and those murdered by the IRA with weapons supplied by Libya, such as the victims of the 1993 Warrington bombings.

In jumping through hoops to satisfy a dictator’s whims, the Prime Minister and his cabinet have poured scorn on the principles of all of us who abhor terrorism whilst, at the same time, damaging the special relationship with our closest ally.

Worst of all, their actions, despite today's spectacular u-turn, have shown them to be devoid of any moral responsibility and totally insensitive to the families of those murdered by Libya during the last twenty five years. The reasons given to justify the release of al-Megrahi are simply wrong and this Government, if it to save any face both domestically and internationally, should admit it.