WAG FAILS ON THE ECONOMY AGAIN 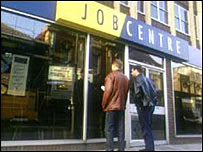 According to the BBC this morning, the Assembly Government's pledge to get 80 per cent of adults of working age in Wales into employment is unlikely to be met.

As this blog pointed out earlier this week, employment is falling in Wales despite the rhetoric of Government politicians over schemes such as ProAct, which Ministers have used as their only tool to try and boost the Welsh economy.

Given that this admission follows the dismal failure to reach their prosperity target of 80 per cent of UK GDP , you have to seriously wonder who is advising WAG on economic policy. Indeed, you would have to question whether they actually have one at all.