MARGARET THATCHER AND THE ENTERPRISE ECONOMY 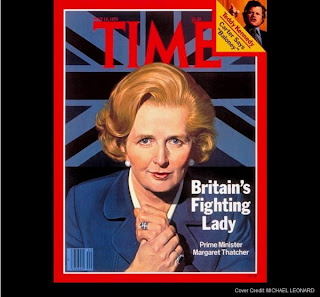 As the pages of the Western Mail and other newspapers demonstrated last week, historians and politicians will continue to discuss the legacy of Margaret Hilda Thatcher for many years to come.

The national unity brought about by the Falklands victory or the divisiveness of the miners’ strike?

The perceived unfairness of the poll tax or giving millions of people the opportunity to get on the housing ladder by buying their own council homes?

Helping to bring about the end of communism or obstructing greater co-operation in Europe?

Many will focus on these issues when considering Lady Thatcher's political impact in eleven years as Prime Minister.

But to me, any examination of her place in history should be primarily about how she changed the economic landscape of the UK from being the “sick man of Europe” dominated by industrial unrest and declining industries to an enterprising nation that became the envy of many other developed nations.

And given the circumstances in which she found the country in 1979, it wasn't easy to change the direction of an economy that had become a laughing stock around the world.

But change it is what she did.

And I believe her biggest contribution to the UK economy during her period in office was to kick-start an entrepreneurial revolution that broke the power of the establishment and, as Lord Sugar noted earlier this week, “allowed chirpy chappies to succeed and not just the elite”.

As the daughter of a small business owner, it is clear from her memoirs that her early years of helping out in her father’s grocery store in Grantham had a major influence on her politics and her philosophy.

Self-help, hard work, economic independence and close management of finances, the by-word of many a small family business, were the bedrock on which her years in office were based.

And as someone whose family were not dependent on the state or a large employer, many of her policies were about ensuring that the individual businessman or businesswoman flourished and was allowed to keep more of the money they had worked long hours to earn.

The key to this was probably the reduction of highest rate of income tax from 83 per cent in 1979 to 40 per cent in 1988, a policy that is seen by most supporters as being a major driving force towards greater prosperity within the UK economy.

Yet, in addition to this ‘free market’ approach that many believe epitomised her economic policies, it is easy to forget that her government of 1979-83 was the first to develop any substantial policies to develop a new enterprise culture within the UK, introducing over 100 interventions in its first four years of office to support small firms.

For example, she started the Enterprise Allowance Scheme back in 1982 that gave a guaranteed income of £40 per week to unemployed people who set up their own business. It was the essence of simplicity and shared responsibility, with anyone wishing to claim money under the scheme being required to produce a basic business plan and find the first £1000 out of his or her own funds. As a result of this new programme, 325,000 people were supported to set up a new business.

The Thatcher Governments also set up a range of other enterprise friendly interventions, including the Business Expansion Scheme, which offered tax relief to individuals investing in smaller companies and essentially birthed a UK informal investment and venture capital industry that had not previously existed.

Mindful of the problems that growing firms had in accessing funding from banks, the Small Firms Loan Guarantee Scheme was established to help facilitate bank borrowing by smaller companies. Running between 1981 and 2009, it supported lending of over £4bn to over 90,000 firms and, not surprisingly, a recent review has suggested that the rationale for such a scheme remains valid today, especially in supporting viable small businesses with a lack of security or track record.

The impact of these initiatives is still felt in 2013, with successor initiatives such as the Enterprise Investment Scheme and the Enterprise Finance Guarantee Scheme – both established by Labour Governments – seen as key policies to encourage growth and enterprise.

So whilst her overall legacy to the UK will continue to be debated for years to come, there is no doubt that the 1980s heralded the beginning of an enterprise culture which remains critically important today.

As Sir Richard Branson noted soon after Lady Thatcher's death was announced, “she really did set the groundwork for entrepreneurialism and business in Britain”, work that continues to this day with the encouragement of a 'can do' spirit of enterprise that changed the UK back into a competitive nation after years of national economic decline.

And to see the changes that her entrepreneurship revolution began over thirty years ago, one only has to look at the simple fact that whilst there were 1.8m businesses in the UK in 1979, this has grown to over 4.9m today, with small firms responsible for the majority of employment in the nation and creating a record number of new jobs.

Therefore, at a time when the UK needs its entrepreneurs more than ever to drive a recovery from the worst economic downturn since the 1920s, it is the enterprise policies of Margaret Thatcher, which were subsequently adopted by all successive governments, that will continue to have the greatest impact on the economy long after her passing.