THE SINGAPORE ECONOMY - LESSONS TO BE LEARNT? 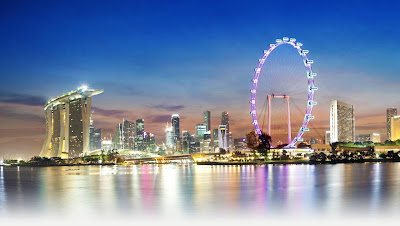 Last week, as the Chancellor of the Exchequer was announcing his measures for getting the British economy back on track, one of the most productive and innovative smaller economies in the World was also starting to implement its own budget measures to restructure its economy over the next few years.

And unlike George Osborne, Tharman Shanmugaratnam – the Finance Minister for Singapore – decided that the restructuring of his nation’s economy over the next three years would be focused on supporting a dynamic small to medium sized enterprise (SME) sector. This would be achieved through developing a “Quality Growth Programme” to help businesses upgrade their facilities, create better jobs and raise wages. It would also focus specifically on improving productivity for individual companies and specific industries.

One of the measures introduced under this plan that will certainly raise eyebrows in Europe is the support that the Singaporean Government is giving small businesses to raise their employees’ wages.
This will be done through a so-called Wage Credit Scheme (WCS) that will co-fund any increase in wages given to an employee in any year between 2013 and 2015. For instance, if an employer increases the gross monthly wage of his employee by £200 in 2013, the Government will pay 40 per cent of the £200 wage increase, not just for 2013 but also the remaining two years.

The Singapore Government is also providing around £700m over the next three years towards a 30 per cent corporate tax rebate for bills up to £15,000 per annum to help small firms with cost pressures.

However, the key focus of the budget are measures which are focusing specifically on raising productivity and ensuring that Singapore retains its status as one of the most competitive economies in the World.

For example, the Collaborative Industry Projects scheme will encourage consortia of firms to develop solutions to industry-specific productivity challenges whilst a further initiative will foster SME collaborations with large enterprises so as to enable co-innovation, capability upgrading and sharing of best practices within the supply chain. There is also a specific focus on new growth industries with an appreciation that disruptive technologies such as robotics and 3D printing will be changing the future of advanced manufacturing.

Indeed, the Singapore Government will set aside £250m over the next five years to support a “Future of Manufacturing” plan which will work with key industry partners, universities and research institutes to test-bed new technologies and develop applications that can be commercialised by local firms.  There is also going to be a drive to develop new growth opportunities in the services sector, especially in new areas such as data analytics.

Certainly, these strategies should be examined carefully by those policymakers within the Welsh Government who are also focusing on developing both sectors as part of Wales’ economic approach.

But perhaps one of the most important recent developments is the Productivity And Innovation Credit (PIC), which was recently highlighted by James Dyson as the key reason for his company’s presence in Singapore.

In the UK, tax relief on research and development (R&D) expenditure is limited to 225 per cent for SMEs and the costs that qualify are strictly controlled. In contrast, all businesses in Singapore, not just SMEs, can claim back their qualifying expenditure on items such as research and development (including R&D projects conducted outside Singapore) at a rate of 400 per cent. And in the recent budget, further incentives were added, including a matching cash bonus, to encourage firms to take part in the scheme.

And in order to focus on developing a more productive and innovative economy, other important elements of company expenditure apart from R&D also qualify. These are registration of intellectual property rights, acquisition of intellectual property, acquisition or leasing of automation equipment, approved design projects and, most importantly of all, training of employees.

Indeed, at a time when our own economy needs to upskill its workforce and when we have British companies of all sizes crying out for better trained staff, why hasn’t the UK Treasury considered a similar tax measure for companies?

In fact, it is puzzling that there were almost no incentives to increase productivity within the UK economy in the last budget, which is extremely worrying given that the latest data out this week showed that output per hour worked fell 2.3 per cent in the final quarter of 2012 compared with a year earlier.

Certainly, if this is to improve, along with other aspects of the economy, the UK could do worse than look at how policymakers in Singapore and other competitive nations are developing their economies.

And given that the Singapore economy grew by 1.5 per cent between October and December 2012, as compared to shrinkage of 0.3 per cent in the UK, they must be doing something right.