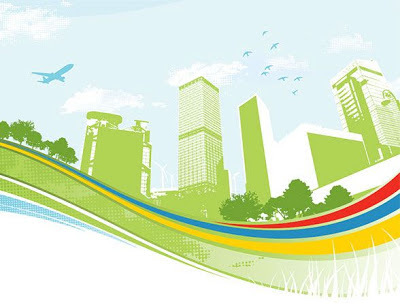 Last week, a fascinating report landed in my email inbox.

Published by the Carbon Trust and Shell UK, “Low Carbon Entrepreneurs: the new engines for growth” looks at the critical role that small and medium sized enterprises (SMEs) can play in the low carbon sector. This includes both nuclear and renewable power, transport and activities within various manufacturing and services industries that essentially contribute, either directly or indirectly, towards reducing environmental impacts or adapting to environmental changes.

Whilst some may believe that it is still a relatively small industry, it was one of the few sectors to grow during the recent recession and it is estimated that such green business accounted for over a third of the economic growth in 2011/12. Indeed, the low carbon economy is estimated to be worth over £120 billion to the UK and currently employs 940,000 people.

And the good news is that the market is set to grow, driven by small dynamic companies that are focused on international opportunities. For example, a survey from the report shows that almost forty percent of low carbon SMEs are already exporting despite the fact that the majority have a turnover of less than a half a million pounds. Given that the global low carbon industry is forecast to be worth £4 trillion by 2015, this is certainly a sector that demands further support in its development.

Yet, when we look at the five main locations for the growth of low carbon SMEs in recent years, the report shows that the most successful areas have been London, Cambridge, Oxford, West Yorkshire and Hampshire.This must be enormously disappointing, but something of a challenge, for North Wales, where Anglesey has not only been branded as the ‘energy island’ as a result of potential investments into nuclear and wind power but, more importantly, has recently been given enterprise zone status by the Welsh Government to drive forward this sector. In addition, the status of Bangor University as having one of the highest concentrations of environmental science students in the UK means that there is a local skill base already available for businesses in the sector.

However, all is not lost. According to the report, the most common reasons for a low carbon SME’s current location were access to talented people and support from the local innovation network, both of which could be developed locally if the new Science Park touted for the Menai area focuses specifically on energy and low carbon sectors. More importantly, two thirds of low carbon firms would move location if there was regional funding available to help the business. This is certainly a vital lesson for those who are putting together the financial ‘offering’ that the Anglesey Enterprise Zone will have in order to attract businesses to the island in the future.

But there are also opportunities to develop new dynamic businesses in the region. A survey of participants in the Shell Livewire programme, the biggest online community for young entrepreneurs aged 16-30, shows that almost a third say they would like to start a new low carbon business or get involved in the low carbon economy but don’t know how to go about doing it.

Given this, there is certainly a real chance for North Wales to focus its efforts on helping young people within the region to get into the low carbon economy and to help build up a cluster of businesses in this sector. Therefore, whilst North Wales has been slow in getting into this growing sector, it does have several competitive advantages that, if managed properly, could see the region emerging as one of the main low carbon areas of the UK during the next five years and creating hundreds, if not thousands, of highly paid skilled jobs in the local economy.