THE FUTURE OF TOURISM IN WALES 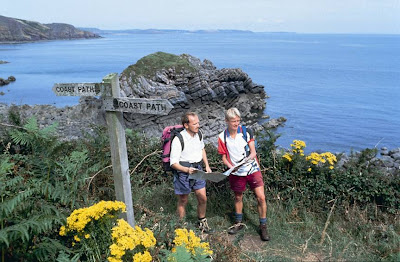 Given the importance of tourism to Wales, it was fascinating to read the Welsh Government’s 2013-2020 strategy for the industry.

Of particular interest was their take on what actually differentiates Wales from the rest of the World and identifying the ‘magic sauce” that ensures tourism makes a growing contribution to the economy.

Not surprisingly, the natural environment is seen as a central reason as to why visitors choose to take their holidays in Wales.

Certainly, developments such as the opening of the 870-mile long coastal path will help to maintain this key advantage as will the growing importance of activity holidays, including cycling, horse riding, adventure sports, fishing and golf, which make full use of our coast and countryside.

Allied to the natural beauty of our nation is its heritage and culture which makes us a distinct destination. This ranges from castles, both Welsh and Norman, to industrial attractions, such as Llechwedd Slate Caverns and the Big Pit, which catalogues the nation’s more recent history.

There has also been a recent interest in so-called religious tourism, with American visitors being seen as a potential target for this growing segment of the market. To capitalise on this, a North Wales Pilgrim’s Way, which starts in Flintshire and continues across the coast to the Bardsey Island, was opened in 2011.

Events and festivals, such as Wakestock, the Hay Festival and the Kaya Festival, are also seen as being important in attracting a different, and younger, type of visitor to Wales. And whilst the sporting facilities we have in our cities are attracting big events such as the Rugby World Cup, Ryder Cup and the Ashes, one mustn’t forget the success of more specialist venues such as Pwllheli in hosting four World championships and thirty-two UK National championships in the last seven years.

These are all positive trends for tourism over the next few years that could make a real difference to many local economies across Wales. Yet there remain a number of other challenges which the industry faces and which need addressing quickly.

Leisure and tourism is one of the industries that has been hit hard by the reluctance of banks to lend to smaller firms in recent years and this lack of capital is preventing the industry from carrying out important improvements. Indeed, given that a key strategy of the Tourism Sector Panel is the improvement of better quality visitor facilities, particularly accommodation, this cannot be achieved without the right financial support, whether it comes from the banks or the Welsh Government.

The Wales Tourism Alliance has also pointed out the importance of upgrading skills within the industry and yet there is a lack of focus to achieve this. Given this, perhaps the time has come for a National Tourism College which would be industry led, be focused on excellence and would provide the upskilling critical to make Wales the best holiday destination in the UK.

Finally, the industry needs to be dragged kicking and screaming into the 21st Century to make sure it makes the most of the social media now used by potential visitors to not only book their holidays but, via sites such as TripAdvisor, to recommend them to their friends and peers.  In particular, greater use of mobile social media, via smartphones, could add real value to the tourism experience in Wales.

Clearly, Wales needs to make the most of its natural assets to grow the tourism industry over the next few years but to succeed the Welsh Government and other bodies must ensure that tourism businesses have the funding, skills and social media awareness to take full advantage of these opportunities.