FEMALE ENTREPRENEURS, FINANCE AND WHAT CAN BE DONE TO HELP THEIR CONTRIBUTION TO THE ECONOMY 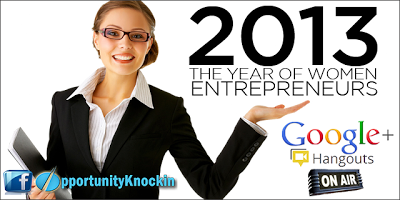 One of the current debates in entrepreneurship research, which has been going on for over two decades, is whether female entrepreneurs are treated differently when it comes to accessing finance to start and grow their businesses.

It is an important discussion, as the number of women-led businesses in the UK has increased by 30 per cent since 2008 and they are making an increasing contribution to the economic wellbeing of the nation.

Previous research has suggested that women-owned businesses tend to start-up with lower levels of capitalisation, lower ratios of debt finance and much less likelihood of using private equity or venture capital.

Some have argued that this is due to the type of business that female entrepreneurs run and there is evidence to suggest that women manage firms with lower sales levels and liabilities as well as lower levels of salary, and that they cluster in less profitable sectors such as health, social work or professional activities.

Others have suggested that banks have, in the past, indirectly discriminated against women who apply for a loan to establish or expand a business. There are also some studies that have indicated that as women are less risk averse than men, there is a greater reluctance to assume debt within their businesses.

Yet recent evidence suggests that the situation on funding for female owned businesses may be changing.

The latest publication from the SME Monitor, which focuses specifically on women led businesses, showed that, as expected, women-led businesses are typically small, somewhat younger than male-owned firms and more likely to be run from a personal account than a business account.  They will also tend to be slightly less profitable.
Women led businesses are also less involved with external finance with 40 per cent not accessing any sort of funding at all from the banks. They were also less likely to be seeking finance in the near future.

However, it is surprising to note, as some research had suggested a bias against women by banks, that they are actually more successful with loans, with 70 per cent of applications being approved as compared to 56 per cent for men, especially among micro enterprises.

This is a startling revelation and goes against much of the perceived wisdom about lending to female entrepreneurs. Indeed, a detailed review from the office of the Deputy Prime Ministeron access to finance for women did recognise that the results from the SME Monitor indicated that there were encouraging signs that the discrimination against women had been addressed. However, the “Banking on Women” report suggested that such positive news still did not deal with the perception amongst women that such discrimination was still taking place and there was more that the financial sector could do to take women into account as part of their customer base.

So how such discrimination, perceived or otherwise, be overcome? As the Women’s Business Council (WBC) suggested last week, one way of dealing with this issue is to ensure that female entrepreneurship becomes mainstreamed as a business activity rather than something which the minority of women get involved in.

With the proportion if working age women involved in entrepreneurial activity being 6 per cent in 2012 as compared to 12 per cent for men, increasing the number of female owned firms could have a major impact on the UK economy.

And the solution to this, as Nick Clegg’s report alludes to, is to ensure that women do not perceive that there should be any gender related barriers to becoming a successful entrepreneur.

One possible solution would be to promote entrepreneurship in education and ensure that young women are equipped with the skills, networking and confidence to create a new generation of female entrepreneurs.

This includes increasing the availability of viable female role models to inspire women to believe that becoming an entrepreneur could and should be a viable career option for many.

Yet, in Wales there seems to be very little focus on developing more women entrepreneurs, despite the presence of an organisation such as Chwarae Teg that was once given considerable backing to undertake such activities. Certainly, giving Chwarae Teg and other bodies more support to help greater participation by women in enterprise could create thousands of new jobs at a time when many women who want to work simply can’t get a job.

And with signs that the banks are finally getting funding out to female entrepreneurs, this could be the best time for women in Wales, with the right support, to start a new business.
Female entrepreneurship finance Welsh Economy