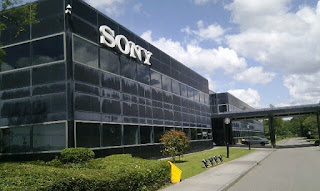 There must have been a huge sigh of relief from the Welsh Government earlier this month when Ernst and Young released their annual report on foreign direct investment.

With the results showing that with Wales having increased its number of foreign-backed projects by 244 per cent since last year, the Minister could be forgiven for opening a couple of bottles of bubbly to celebrate such a turnaround in its fortunes in this arena.

In fact, Wales saw its foreign-backed projects almost quadruple from nine to thirty one in 2012, the highest total for five years, creating 2051 new jobs in the process.

But it is not all good news as only 4 per cent of foreign investors chose Wales as the most attractive destination to set up foreign operations, the same as Scotland. In contrast, 45 per cent saw London as the best place to relocate. This suggests that there is still a long way to go before the Welsh Government gets its offering right in attracting new businesses to set up here. Certainly, as has been argued by a number of senior politicians already, the brand for Wales needs a lot of work to ensure that those from outside the country know exactly what is on offer.

So what other lessons are there from the Ernst and Young report for the Welsh Government to build on this success?

First of all, it would seem there is some thanks due to the UK Government in establishing a more business-friendly environment during the last twelve months, with nearly two thirds of investors interviewed for report believing that the UK had developed a more attractive tax regime during the last twelve months and just over half suggesting that future changes will be a significant influence on international companies’ decisions to relocate.

Indeed, the proposal to reduce corporation tax to 20 per cent by 2015 could be a magnet for getting more businesses to relocate to Wales and it is critical that this is used as part of any future marketing campaign to attract foreign investors.

In terms of the business sectors that could drive the growth of the economy over the next few years, there is some good news for Wales.

According to the international companies in the survey, financial services, telecommunications and manufacturing were ranked as the three most important sectors. Given that there is a sector-based approach to all three of these industries in Wales, there is an opportunity to get the right strategy in place to attract the best in the World. Perhaps the only disappointment, given that there is considerable investment going into this sector, is that the life sciences were not ranked highly by investors as an industry which will grow in the future.

One of the reasons for the growth in inward investment across the UK during the last twelve months has been the perception that the environment for inward investment has improved in a number of areas. These include having a flexible financial system that increases the availability of finance, increased support for SMEs and easier access to funding.

But investors are also attracted by non-financial factors including quality of life, culture and language, telecommunications infrastructure and the stability of the legal and regulatory environment. Certainly, these are aspects that the Welsh Government could and should emphasise as part of any offering to new businesses looking to come to Wales.

According to investors, if the UK wants to become a leader in innovation, then it must improve education and training, increase tax incentives for innovative companies and develop more attractive policies for sustainable investment. Again, the Welsh Government can, if it wishes, develop a different path in terms of more vocational and technical training whilst ensuring that universities develop courses that are relevant to those new industries that we want to attract  to Wales.

And whilst it cannot offer direct tax incentives to innovative companies, there are more creative ways in which it can ensure that Wales has a strong package of financial support to investors and their companies.

Therefore, whilst the latest figures on inward investment into Wales are to be welcomed, more needs to be done in ensuring that we become a more attractive location to companies around the World.

Certainly, the Ernst and Young report is a good place to start to get blueprint as to how politicians and policymakers could and should develop a strategy to achieve this.
economic development Inward investment UK Government Welsh Government