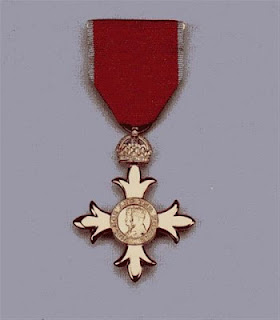 Last Saturday, I was deeply humbled and honoured to be awarded the Order of the British Empire (OBE) in the Queen's Birthday Honours List.

It came as a complete surprise to me especially as I don’t have a clue who put my name forward for the nomination.

They say you should never ask and just say yes when offered, so I did!

However, as much as I would like to say that it was all down to me, that would be completely untrue as I have had wonderful support from many individuals along the way and I hope you will forgive me for using this week's column to thank them.

Teachers such as Dewi Williams at Ysgol Glan y Mor, who instilled in me a vital love of learning during my school years. Community leaders like Bill Kenny of Theatr Plant who encouraged my self-confidence through a myriad of plays on the stage at the Town Hall in Pwllheli.

During my university career, I was fortunate to have been mentored by some truly inspirational people like Sir Adrian Webb who gave me my first professorship at the University of Glamorgan in 1996.

During my four years there, not only did he act as a role model but he also encouraged me to develop entrepreneurship as a key part of a Welsh university’s strategy for the very first time.

Then there was Professor Roy Evans, the Vice Chancellor at Bangor, who brought me back to North Wales with a vision of an international university that was relevant to the needs of the local business community. Whilst Roy always thought that I was, in his words, "a young man in a hurry", he always backed my efforts to change the university into one that would be entrepreneurial and business-facing. The only shame is that both of us had to leave Bangor before we could realise that vision.

In the world of business, I have been lucky to have had the opportunity to meet so many entrepreneurs who have become my friends, especially those who make up the Wales Fast Growth 50 and provide inspiration to me every year. In particular, I am able to rely on the words and wisdom of Sir Roger Jones, the former chairman of the Welsh Development Agency, who is always just a phone call away when I need advice.

And whereas I entered the world of politics late at the age of 39, Dafydd Wigley and Dafydd Elis Thomas are two politicians in North Wales who have always had time for me, despite having very different political views from my own.

David Jones, the Secretary of State for Wales, is also someone who has provided vital support whenever needed and has become an important friend in ensuring Welsh business gets its voice heard at Westminster.

Therefore, during the last two decades, I have had the honour of working with great people and meeting some truly wonderful individuals across the World.

However, the real inspiration for everything I have done remains rooted in my hometown of Pwllheli.

My friends, who will rib me endlessly about this honour, always bring me down to earth when I get too big for my boots and the world is always put to rights when sitting down to endless mugs of tea around the kitchen table at Gwynfryn Farm.

But it is my family whom I most grateful to. Their love, support and the values they taught me, and continue to teach me, have made me what I am today.

Therefore any honour like this is the sum of the parts of one's life and without the support of so many people, I would never have been in the position to even be considered for this honour.

To each and every one of you, thanks a million.