THE GROWING IMPORTANCE OF WORKING MOTHERS 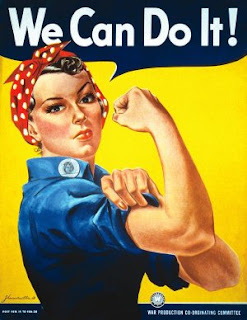 According to recent research from the USA, a record number of women in the American workforce are the sole or primary breadwinners for their families.

In a finding that shows the massive change in working practices over the last fifty years, mothers now bring the majority of funding into 40 per cent of households, up from 11 per cent in 1960.

And whilst most of these families tend to be headed by single mothers, the number of married mothers who are bringing in more income than their husbands is also increasing. Indeed, in nearly a quarter of American marriages, the woman is the major breadwinner.

So what are attitudes of America to this finding?

Not surprisingly, they are mixed. Whilst 67 per cent stated that the extra income from working mothers made it easier for families to earn enough to live comfortably, 74 per cent said that it had also made it harder for parents to raise children.

Another contradictory finding is that whilst the vast majority have rejected that women should return to their traditional roles, over half said that children are better off with the mother being at home as compared to only 8 per cent for a father.

Yet, the number of stay at home fathers in the USA is increasing and is up 78 per cent from a decade ago although they still only account for 3.6 per cent of all at home parents.

But while the gender balances between the home and the workplace is changing, it is clear that many organisations still don’t understand the importance of work-life balances, especially amongst the growing number of women who want to build successful careers in business and also be with their families.

As a result, some have speculated that this could see an increase in female entrepreneurship over the next few years where customer service is more important than the hours you work.

However, not everyone can run their own business and with more women going into the workforce to earn income for their families, it is critical that governments should adjust their own policy thinking to take this into account.

As I have pointed out previously in this column, one of the biggest barriers for women to return to the workforce after having children is the massive current cost of childcare.

And whilst the coalition government has rightly acted to relax rules around nurseries, thus hopefully making them cheaper to run and therefore passing on these lower costs to parents, this is nowhere near what could be done to help families where both parents are working.

In fact, I remain disappointed that there has been no serious examination by the Treasury on how childcare and other family costs could be made tax deductible either directly for working parents or even for the hundreds of thousands of grandparents who currently do childminding at no cost.

Indeed, only last week, a study showed that almost 20 per cent of grandmothers in the UK provide at least ten hours of childcare a week, and around 90 per cent of them provide this care for free. Based on average childminder rates, that care would be worth £7.3 billion, nearly double what it was a decade ago.

So much remains to be done to ensure that government policies reflect the real changes that are happening in the workplace. With less than two years to go of this current administration, I hope that some of the radicalism we saw back in the summer of 2010 will reassert itself and that ministers will develop policies that really help hard working families around the country, especially if both parents of those families are working.
Female entrepreneurship social trends USA women