P2P LENDING, CROWDFUNDING AND ITS POTENTIAL FOR SUPPORTING SMEs 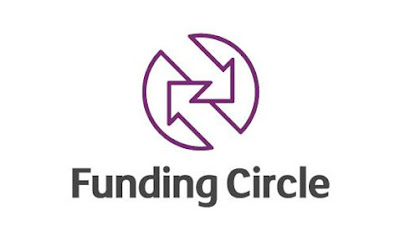 As my recent Access to Finance review for the Welsh Government has shown, it has become an increasingly difficult environment for smaller firms to access finance.

Fortunately, the UK Coalition Government recognised quickly in 2010 that this lack of funding was one of the key areas that needed to be addressed if the British economy was to recover from recession.

Most of their efforts have focused on developing initiatives that would enable banks to lend money to businesses such as the Enterprise Finance Guarantee Scheme, Funding for Lending and the announcement of a new Business Bank.

Despite this, there remain considerable problems in getting capital from the high street banks to small firms in the UK and some are wondering whether those firms wishing to grow should look elsewhere to support their growth?

Indeed, with the relative failure of banks to get money out to small firms since the recession of 2008, increasing attention is now being focused on alternative non-bank sources of lending such as peer-to-peer (P2P) lending and crowdfunding lending platforms to raise much needed capital.
P2P organisations lend money to unrelated individuals, or "peers", without going through a traditional financial intermediary such as a bank or other traditional financial institution.

Whilst the first P2P platform in the UK was established in 2005, the demand for peer to peer lending has only started to increase in the last couple of years as credit from mainstream funders has dried up. It is currently a small market in the UK, accounting for only £120m of funding per annum but according to the innovation agency NESTA, it has potential to deliver as much as £12.3 billion in business lending annually. This could equate to 12 per cent of all business lending in Wales by the end of the decade and thus reduce the dependency on banking.

According to Funding Circle, the UK's largest P2P business lender, nearly two thousand businesses had received over £100m since it was established in 2010. In Wales, 72 businesses have been supported by Funding Circle to raise a total of £4 million. In fact, as high street banks are moving towards supporting larger loans of more than £100,000, the good news is that such P2P lending is catering for smaller businesses that are borrowing £35,000 at an average interest rate of 8.2 per cent. This, in terms of the average loan and the cost of borrowing, is lower than the offering from the Welsh Government’s own development fund, Finance Wales.

For higher risk projects, there is a similar platform known as crowdfunding. This is defined as the collective effort of individuals who network and pool their money, usually via the Internet, to support efforts initiated by other people or organisations.

There are over 450 crowdfunding platforms available and many have different models e.g. Crowdcube is meant for users to invest small amounts and acquire shares directly in start-up companies whilst Seedrs pools the funds to invest in new businesses, as a nominated agent.

Unfortunately, there seems to be little take-up of such opportunities for funding by Welsh businesses despite their success elsewhere in the UK and it is time that they made the most of this type of lending.

Therefore, for those businesses that are reluctant to go to the banks for funding, there are now other channels available to help support their business.

Certainly, there is a major role for the Welsh Government to take the lead in supporting these alternative sources of funding either through partnership or direct funding. It could also raise awareness of both types of funding through its various business support programmes.

At the very least, this could begin to increase the choice for those wishing to access funding to develop their businesses and, at the same time, help to grow the Welsh economy.
access to finance crowdfunding P2P lending SMEs