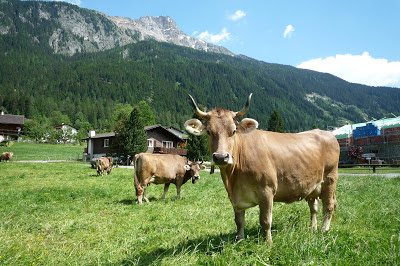 For those of us looking as to how Wales can become a more competitive economy, we have examined smaller nations such as Denmark, Sweden or Ireland as examples of good practice.

However, very few have ever considered the case of Switzerland, with its population of eight million people, as a nation we should emulate.

Indeed, our attitudes may be best encapsulated by the famous lines that Orson Welles delivered in one of his most famous roles as Harry Lime in “The Third Man”.

“In Italy, for thirty years under the Borgias, they had warfare, terror, murder and bloodshed, but they produced Michelangelo, Leonardo da Vinci and the Renaissance. In Switzerland, they had brotherly love, they had five hundred years of democracy and peace – and what did that produce? The cuckoo clock."


Apart from the fact that the cuckoo clock was not invented in Switzerland, a new book launched in Wales last week suggests we may want to rethink our view of a country that many of us might have thought was only famous for watches, banking and chocolates.

'Swiss Made - The Untold Story Behind Switzerland's Success' by the financier James Breiding shows how this small and successful nation has developed into something that is now far more substantial both in terms of its global reach and industrial impact, being home to fifteen of the World’s 500 biggest companies. The World Economic Forum also rates Switzerland as the most competitive nation in the World today and only this week it was rated number one on the Global Innovation Index.

This high level of competitiveness and innovativeness is having a direct impact on the economy – its relative prosperity per head of population is amongst the highest in the World and unemployment is only three per cent of the working population.

Naturally, the author examined various factors that had led to this incredible economic success story, including an egalitarian society, the importance of communities, a lean government, a superb public education system, investment in apprenticeships and efficient public transportation.

However, I was most impressed by the attitude towards immigration which has been a key differentiating factor in Switzerland success as it became a haven for those persecuted in their own countries and who ended up establishing the foundations for today’s industries.

For example, Heinrich Nestlé was a refugee from Germany who set up what is now the biggest food company in the World whilst Nicolas Hayek emigrated from Lebanon to create the Swatch brand and singlehandedly rescue the watch industry in his adopted country.

Such openness has certainly contributed to making Switzerland an attractive location for business with companies such as Google and IBM choosing the country as a base for their European research operations,

This is also reflected in its universities with seven ranked in the top 200 in the World and having some of the highest proportions of international students of any higher education institutions in Europe.

The importance of knowledge to the economy is also reflected in the fact that it has the highest number of Nobel Prize winners per capita in the World, many of whom were born outside of Switzerland.

Of course, it could be argued that Switzerland’s stance on neutrality has also helped its economic position, especially during the Second World War when Swiss companies, especially banking, took advantage of war torn Europe. However, this fails to explain why this landlocked nation has excelled in a range of industries over the last two decades and there are lessons to be learnt from understanding how this has happened.

Fortunately, James Breiding’s book provides a long overdue revised view of the economic power of Switzerland and it certainly should be summer reading for all of us who want to learn how to develop a small successful economy.