A TALE OF TWO BRIDGES? CREATING A SEVERNSIDE ECONOMIC REGION 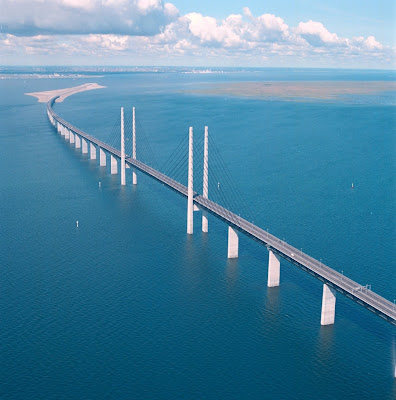 Last month, I left the University of Wales after five years to take up a new chair in entrepreneurship and strategy at Bristol Business School.

It will be a fascinating challenge but not one that means that I will be leaving the world of business and enterprise in Wales.

I will remain as a business columnist for the Western Mail and its sister paper in North Wales, the Daily Post.

The Wales Fast Growth 50 – which is in its fifteenth year – goes from strength to strength and we have a full house for the award ceremony in October. I am also continuing to work closely with the Welsh Government to complete the second part of the access to finance review by the end of the year.

More importantly, of course, I will still be living in Wales and spending my income in the restaurants and pubs of Cardiff!

In fact, having been employed within the Welsh university sector since 1996 when I returned from Ireland to take up my first chair at the University of Glamorgan, a number of friends in the academic and business world have said that taking a post outside of Wales would actually be good for me and my perspective on the Welsh economy.

More importantly, the welcome I have had from new colleagues in Bristol has been second to none and I look forward to working with them closely to develop the potential of the business school in research, teaching and links with local business. However, the one challenge that I am more than willing to take on is that of examining how the two economies of South East Wales and the West of England can work more closely together as a coherent economic region in the future.

Whilst some would say (and excuse the pun) that trying to get these two regions to work together is a bridge too far, that has not been the case elsewhere in Europe.

Take the new economic area that has been formed between Malmo in Sweden and Copenhagen in Denmark following the construction of the five mile long Øresund bridge. This is now seen as being as a model for other transnational co-operation with new cross-border entities being formed to serve the entire region.

For example, local, regional and national authorities from both countries have cooperated in a regional policy forum called the Øresund Committee for the last twenty years whilst a consortium of twelve universities has been established which has opened up all their facilities to students, teachers and researchers from both sides of the bridge. In fact, the region markets itself as being focused on education and research and therefore being a hub for high-technology companies in areas such as pharmaceuticals, telecommunications, food, environment, logistics and design.

The Scandinavians are far more enlightened than other parts of Europe when it come to pragmatic collaboration, but could it be possible for South Wales and the West of England to put aside historical differences and work more closely to create a larger economic region that could be a real driver for both sides of the Severn over the next decade?

The way that politicians and policymakers on both sides of the bridge lobbied as one group for the electrification of the Great Western line is a perfect example of working together for a common cause.

More importantly, there are similar strengths industrially in both regions that, through co-operation, could create world-class clusters in areas such as creative industries, aerospace and life sciences. And there have already been positive steps in getting academia to work more closely together, with the Universities of Bath, Bristol, Cardiff and Exeter announcing a formal collaboration to bringing together a high concentration of research expertise and capability in the South West of England and Wales.

Yes, there would be concerns that the more prosperous Bristol would overshadow Cardiff and Newport, but the same debate has been true in recent years over the relationship between the South Wales Valleys and the capital city. In fact, it would show a far more confident and politically mature approach if Wales could examine how it can co-operate with other parts of the UK fourteen years after devolution.

So is there a case that can be made for a Severnside economic region of 2.5 million residents that can become a major powerhouse in the UK economy, especially at a time when the UK Government is looking to support economic divergence away from the economy of London and South East England?

Certainly, it is something that will be worth exploring during the next few months in the hope that the sum of the parts could be even greater than the whole and benefit the two regions on both sides of the Severn.
Bristol Cardiff City Regions economic development Severnside