SUPERFAST BROADBAND - THE ROAD TO NOWHERE OR A ROAD TO OPPORTUNITY FOR WALES? 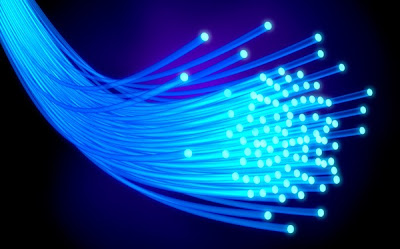 Last week, Superfast Cymru - the high-speed broadband infrastructure being developed by the Welsh Government and BT - announced that over 100,000 homes and businesses in Wales are expected to have access to high speed broadband by the end of 2013 as a direct result of the project.

The significance of the rollout of this network should not be underestimated, especially given that a recent study from the National Institute of Economic and Social Research (NIESR) suggested that businesses in the so-called ‘digital economy’ comprise 14 per cent of all companies and 11 per cent of all jobs in the UK.

In fact, whilst there is a temptation to consider digital businesses as being predominantly based within high technology industries, the increasing use of digital tools and platforms within other sectors means that the digital economy is widening its net every year.

Yet despite the fact that the very nature of the digital industry means that businesses can flourish in any part of the country, the NIESR report shows that it remains focused very much around London and the South East of England.

And whilst this may seem to show that digital companies flourish within larger urban areas, a more detailed analysis of the data actually shows that there is a distinct and unexpected pattern of development within smaller towns and cities such as Basingstoke, Newbury, Poole, Bournemouth and Brighton (see below). 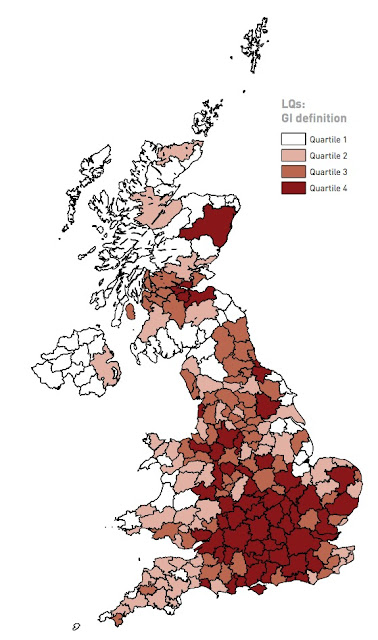 Given this, there is no reason why Newport in South Wales could not, with the right support and incentives, be developed as the main digital centre of excellence in Wales given its proximity to other highly concentrated digital regions along the M4 corridor in England.

Given the problems that the city has faced in recent years, a focus on becoming a "Digital City" could revitalise and regenerate this once great centre of commerce and build on its string relationship with Sir Terry Matthews and his companies.

However, it is not all good news for the potential of digital developments in Wales.

What is particularly worrying is that the further west you travel, the more Wales becomes a digital desert in terms of businesses operating in this fast growing sector of the economy.

Whilst the study also shows that rural and isolated locations such as Aberdeen are flourishing in the digital age, similar areas in Wales with a strong university presence have very few businesses operating in the digital sector.

Certainly, a lack of strategic vision by higher education during the last decade means that there has been a dearth of new digital businesses within the university towns of rural Wales such as Aberystwyth, Bangor and Carmarthen. This is despite the fact that successful companies such as Gaia Technologies and Accountis in Gwynedd have clearly demonstrated that you can create a world-class digital business within a rural location.

And whilst higher education institutions in Wales continue to reiterate their support for entrepreneurship, there is little evidence of a strategic imperative on developing entrepreneurship within students whose subjects encompass digital technology, a situation that needs to be changed quickly if rural Wales is to benefit from the new technologies that will now become more accessible through a rollout of high speed broadband capabilities.

Therefore, whilst BT and the Welsh Government are putting in the infrastructure for the next digital economy, is there the danger that this could end up being a superhighway to nowhere if other mechanisms are not put into place to support the digital industry in Wales?

One of the few success stories of the first round of European Structural Funding was the creation of Opportunity Wales as a vehicle for ensuring that small businesses in Wales took full advantage of the new technologies being developed for the internet at the time.

During its operations, it helped nearly 12,000 businesses across Wales to increase their e-commerce through its support programme. More importantly, through working with partners across Wales, it changed the perceptions of smaller firms of e-commerce and its application to their current business operations.

And whilst we have had another digital revolution since then, especially in the use of social media platforms that have significantly changed the operations of many firms, there has not been a similar support organisation developed in the last few years to ensure that our firms make the most of these new opportunities within their business.

Therefore, with two thirds of Wales qualifying for yet more billions of pounds of European Structural Funding, should a chunk of this funding be used, in partnership with the private sector, to establish an Opportunity Digital Wales within our economy?

With the money available to incentivise new relationships, I believe that global companies such as Microsoft, Google, Apple, Cisco and Samsung could be attracted to develop a new alliance with the public and university sector in Wales that focuses on developing skills and opportunities at the cutting edge of digital technology amongst Welsh businesses and young people.

Certainly, with the UK Government continuing to focus on developments such as “Silicon Roundabout” in London to drive forward a digital revolution at a national level, such partnerships cannot come quickly enough if Wales is to close the divide with the rest of the UK and, more importantly, start developing the cutting edge digital firms of the future.
Broadband digital economy Wales