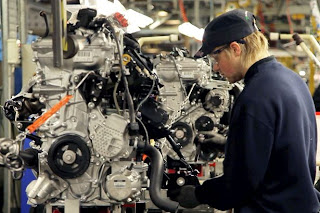 During the last couple of months, I have been having regular meetings with the Welsh Government’s sector panels to discuss the implementation of the first stage of my access to finance review. They have been fascinating discussions, especially given the varying financing needs and requirements of firms operating in different sectors of the economy.

These panels were established to support the nine key sectors identified as being vital to the Welsh economy namely the creative industries, information, communication and technology (ICT), energy and environment, advanced materials and manufacturing, life sciences, financial and professional services, food and farming, construction and tourism. Each panel is made up of representatives from the private sector and their role is to provide advice to the Welsh Government on how to take these key sectors forward.

Clearly, the development of these sector panels has been one of the key economic policy instruments of the current Welsh Government. Given this, it is worth examining the statistics around the current and previous performance of businesses within the nine sectors that was released last week.

This data shows that around two thirds of all VAT/PAYE registered businesses in Wales were within one of the nine priority sectors, with the largest number to be found in energy and environment and the lowest number in life sciences.

The structure of each of the sector also varied considerably. Whilst nearly 80 per cent of firms in the construction industry were small to medium sized enterprises (SMEs), only 41 per cent were based in the manufacturing sector.

In terms of growth within the economy, the number of enterprises operating within the key sectors in Wales has increased by 2.3 per cent in the period 2005-2012, although this is considerably lower than the 12.8 per cent expansion in the same sectors across the UK.

The financial services sector has shown the biggest increase in the number of firms since 2005, expanding by 12.7 per cent although this is only half the growth rate across the UK.

In contrast, the number of manufacturing firms has decreased by 8.7 per cent during the same period, although this is a smaller decline than the 12.2 per cent experienced across the UK as a whole.

However, such statistics do not tell the whole story about which particular sub-sectors are expanding or contracting within the Welsh economy.

For example, whilst manufacturing as a whole has been in decline, the aerospace industry has been growing at a far higher rate in Wales than for the UK, with the number of firms operating in this area almost tripling since 2005. Within the creative industries, whilst the number of design companies has grown by 57 per cent across the UK, the same subsector has experienced a decline of 12 per cent in Wales. This suggests that perhaps a far more nuanced approach is needed to identify and support those specific subsectors that have the potential for growth but, for whatever reason, are not demonstrating this within Wales.

In terms of creating employment, which is the key economic priority of the current Welsh Government, the performance of key sectors is mixed. For example, during the period 2005-2012, those businesses operating outside the key sectors have experienced three times the increase in employment than those found within the nine sectors. However, in the period 2011-12 when the sector panels were operating, there has been a growth in employment of 1.3 per cent amongst priority sector firms as compared to 0.9 per cent for those in other industries.

The sectors with the largest growth in the number of employees since 2005 have been the financial and professional services sector (16.5 per cent) and tourism (18.2 per cent), both of which increased at a faster rate than the UK level. In contrast, ICT (-18.6 per cent) and manufacturing (-26.0 per cent) have shown the biggest decrease in employment over the same period which, given the higher level of wages within both sectors, could be a worrying trend within the economy.

However, it is also worth noting that both sectors have also increased their productivity over the same period at a far higher rate than at the UK level, suggesting that there is increased efficiency within those businesses operating in these two sectors.

Finally, it is worth noting that in terms of new businesses being created, the business birth rate for the priority sectors in 2012 was above that of the non-priority sectors. The highest birth rate was to be found in financial and professional services sector (16.2 per cent) whilst the lowest was in the food and farming sector (0.3 per cent).

Therefore, the data on the performance of the priority sectors in Wales presents a mixed picture. The growth in the number of businesses within these sectors does lag that of the rest of the UK although there are signs that specific sub-sectors, such as aerospace, are outperforming their equivalents in the rest of the economy.

In terms of employment, non-priority sectors have done better since 2005 although there is an indication that the nine key sectors are now starting to generate jobs, particularly through new business creation.

Certainly, I am sure that policymakers will continue to track this data carefully over the next few years to establish whether this sector-based approach adopted by the Welsh Government will begin to bear fruit in terms of increased employment and prosperity.