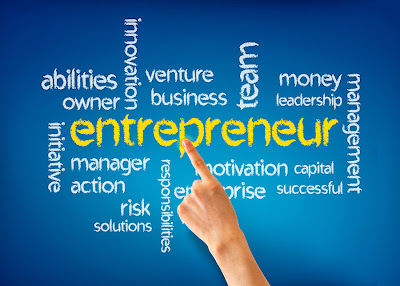 Increasingly, governments and policymakers are realising that entrepreneurs provide one of the primary engines of growth as the global economy emerges from the problems of the last few years.

And not only do they now provide most of the new jobs in many countries, as various research studies have shown, but they develop new products and services, create new business models that can revolutionise industries and support local communities.

This is despite the fact that most societies do very little to promote the development of an entrepreneurial culture where new businesses are promoted and supported, a finding that is reinforced by a study published this week which shows that there is still much work to be done by the World's leading economies if entrepreneurship is to be boosted to make a greater contribution to innovation, job creation and prosperity.

The Ernst and Young Entrepreneurship Barometer provides a detailed insight of the entrepreneurial environment within the leading G20 countries by surveying more than  1,500 leading entrepreneurs, obtaining insights from more than 250 entrepreneurs, independent academics and experts, and undertaking an analysis of more than 200 leading government initiatives.

The latest edition of this important research has a number of recommendations as to how countries can identify the relative strength of their entrepreneurial environment and, more importantly, how to build on this in the future.

According to the study, the most important aspect in terms of a supportive enterprise ecosystem is related directly to how society views entrepreneurs. In that context, it is argued that a more positive image must be created for entrepreneurship by emphasising the impact of these wealth creators across the economy, especially as individuals who are directly supporting employment in local communities through their efforts.

In fact, whilst jobs have been lost across large businesses and the public sector in the UK in recent years, it is easy to forget that entrepreneurs have continued to employ staff, usually by making personal financial sacrifices themselves.

Given this, it is not surprising that 84 per cent of those entrepreneurs questioned as part of the Ernst and Young study said that raising awareness of their role as job creators could significantly improve attitudes towards entrepreneurship, especially in countries where large firms and the government are still significant employers.

87 per cent of the same group also suggested that improving communication around success stories would improve the image of entrepreneurship. Indeed, it was argued that much more needed to be done to showcase the success stories of local entrepreneurs to the rest of the population, as they can often act as an inspiration to other to consider working for themselves.

In Wales, we have seen this type of positive PR with publications such as the Wales Fast Growth which, in just over two weeks time, will highlight the fastest growing Welsh firms and those founders who started them. However, more could be done to promote business success stories, especially through the more effective use of social media by both the private and public sectors.

In addition to the promotion of entrepreneurship, Ernst and Young also suggested that a stronger entrepreneurial culture can be encouraged differently in various groups.

For example, it suggests that women have a more positive outlook on the economy than males when to comes to business creation, especially if they are given the right support to start a business.

Similarly, whilst young people are more likely to want to start a business in the future, there is very little targeted support available within many countries for such opportunities, despite high levels of youth unemployment.

And whilst there is an increasing debate on curbing immigration across more prosperous countries, the report suggests that migrant talent, rather than being turned away, should be welcomed. In fact, governments need to examine their immigration policies carefully
to ensure that those with entrepreneurial flair who want to set up new businesses in their adopted countries are given every opportunity and support to do so.

So what can be done by government to encourage a more positive entrepreneurial culture? According to Ernst and Young's analysis, there are three characteristics of successful government programmes that have been set up to change cultural attitudes within leading economies.

First of all, they encourage successful local business leaders to give up time to act as mentors and role models for other owner-managers in their community.

Secondly, they create networking opportunities so that aspiring entrepreneurs can learn from other businesses in other regions. And finally, they highlight entrepreneurship’s vital role in the community and the broader economy, encouraging people to be proud of this career choice.

For Wales, it could be argued that these characteristics have been generally absent from the approach to enterprise policy during the last few years although there is now a commitment to greater change to drive forward greater entrepreneurial activity. Indeed, with the right strategy, all of the above factors can be easily implemented into current business support practices and, in doing so, could reignite the entrepreneurial potential that exists across the economy.
Entrepreneurship Government policy