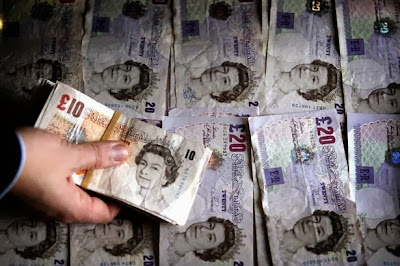 In January 2013, Mrs Edwina Hart - the Minister for Economy, Science and Transport - asked me to lead an independent review into access to finance for small to medium sized enterprises (SMEs) in Wales.

Supported by a voluntary advisory panel of experts from academia and business, the aim of the review has been to examine how effectively SMEs in Wales are served by existing sources of funding and identify areas of particular challenge.

More importantly, it would provide recommendations for action by the Welsh Government as to what it could and should do to help Welsh SMEs in accessing finance to develop and grow.

During the last ten months, I have undertaken an extensive and detailed consultation through meetings with over 140 representatives of the banking sector, other financial institutions, the Welsh and UK Governments, intermediaries, academia and businesses. This has been supported by a substantial amount of data collated from various sources and interviews undertaken with a range of other publicly funded bodies in other countries, including Canada, Finland, Germany, Scotland, Sweden and the USA.  In addition, the Welsh Conservatives and Plaid Cymru have submitted their own solutions to supporting funding for SMEs in Wales to the review, some elements of which have been considered and integrated into the final conclusions.

the report for the first stage of the review, published in June 2013, analysed the situation regarding the access to finance of SMEs in Wales and focused specifically on the role of banks. It also presented information on other forms of alternative finance that are available to SMEs. As part of the review, a number of recommendations regarding access to finance in Wales were made and the Welsh Government has already moved quickly to implement a number of these during the last five months.

The second report is over 27,000 words long and so this blog will summarise the main findings. However, I will be posting different parts of the report during the next few weeks so that each element can be examined in more detail, including a review of Finance Wales' lending strategy which seems to have gathered most of the press to date.

So what are its main findings?

Very little seems to have changed in terms of the amount of lending by the banks to Welsh SMEs in the last six months. Despite the cost of borrowing being at historically low levels, the British Bankers’ Association’s own statistics show that lending to SMEs in Wales remains stagnant. The report also estimates that there is a funding gap of around £500 million in Wales between the demand from SMEs and the current supply by the banking sector.

In terms of alternative finance, there has been increased use of invoice discounting, leasing and other forms of non-bank finance during the last 12 months, although this has not been sufficient enough to alleviate the demand from the SME sector for funding. However, there have been positive discussions with peer-to-peer lenders and crowdfunding firms and there is an opportunity for the Welsh Government, through working in partnership with such organisations, to stimulate greater use of these sources of finance in the future.

With regard to supporting growth businesses via informal investment and venture capital, there remains a need to ensure that there is funding at all stages of the life cycle of such businesses and that every effort is made to leverage greater amounts of private sector investment funding into Wales, which lags behind other parts of the UK.

As part of the second stage of the report, the EST Minister also requested that a specific analysis should be made of the cost of loans by Finance Wales as this may be an impediment to the availability of debt funding by Welsh SMEs. The evidence gathered suggests that not only have the interest rates charged by Finance Wales to Welsh SMEs been higher than the European Commission’s reference rates which provide guidelines to the cost of loans by state banks, but there has also been a failure to fully utilise other state aid regulations to support lower interest rates to SMEs.

For example, with two thirds of Wales classified as qualifying for the highest level of aid, the review has been given expert advice that General Block Exemption Regulation (GBER) could have been used to subsidise the interest rates on loans to hundreds of SMEs and been a significant policy tool for the Welsh Government. In addition, there is clear evidence that there is no state aid impediment to Finance Wales offering cheaper loans to the vast majority of micro-enterprises under de minimis regulations if it so wished.

One possible explanation for this approach is the recent mission of Finance Wales to become an independent and self-funded investment fund. However, is this is a strategy which should have taken precedence over a role that, during the difficult years of the economic downturn, should have focused on supporting SMEs in Wales as part of the Welsh Government’s economic development remit?

Therefore, the Welsh economy is in position where SMEs are still facing difficulties in accessing funding from the banks and, as yet, there is no significant increase in alternative sources of funding. Public sector financial support seems to be fragmented and more relevantly, the Welsh Government’s own body tasked with providing debt and equity finance to SMEs is not fit for purpose in what many would consider its primary role, namely developing the Welsh economy.

Given this evidence, the review has concluded that the Welsh Government needs to develop an approach where public funding for SMEs is affordable, focused on economic development, is supplemented by business support and is oriented towards the needs of the business customer. It is also critical that the public sector does not displace the private sector but, as in other countries, works alongside the banks and other stakeholders to address a market failure in the provision of finance to SMEs.

Therefore, the review recommends the establishment of a Development Bank for Wales that will be created by bringing together all the financial support schemes for SMEs within the Welsh Government, the funds managed by Finance Wales and elements of Business Wales as well as UK Government schemes such as UK Export Finance and the Business Growth Fund.


Following careful consideration, the review believes this is the most pragmatic and immediate response to get funding flowing into the SME sector to enable it to grow and develop its potential.

Wales remains the poorest region of the United Kingdom and the future success of its economy will be determined by the ability of its businesses to become more competitive and innovative. To achieve this, the public and private sectors must work together and take advantage of every available tool that the nation has at its disposal to provide the funding the business community requires for growth.

The creation of the Development Bank for Wales is the first step towards achieving this and the Welsh Government is urged to examine the feasibility of this approach urgently to ensure that a viable and coherent approach to supporting SMEs in Wales is put into place as quickly as possible.