THE IMPORTANCE OF CODING FOR TODAY'S SCHOOLCHILDREN 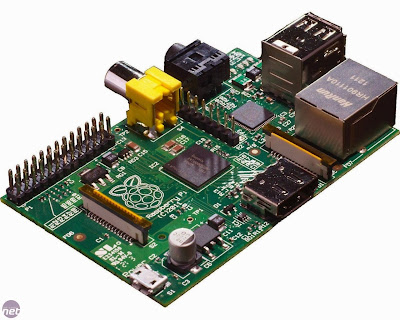 Last month, a notable milestone was reached at Sony’s factory in Bridgend when the millionth Raspberry Pi rolled off the production line.

For those of you who might think the world of manufacturing has gone mad and Sony has moved into the bakery business, the Raspberry Pi is actually a simple computer that plugs into a TV and a keyboard.

Retailing for £30, it’s one of the world’s cheapest computers that, despite being no bigger than a credit card, can be used for many of the things that a desktop PC does, such as spreadsheets, word-processing and games. However, its main role is to help children all over the World learn computer programming.

For those of us who grew up with the ZX81 and the Acorn BBC Micro, it is a wonderful throwback to an age where you could put your own simple games together using the Basic computer language,

But this is more than a nostalgic trip down memory lane. Computing is at the heart of many of today’s industries and is critical to the development of many of tomorrow’s new businesses. In fact, the success of companies such as Google, Facebook and Twitter over the last decade, as well as established innovators such as Microsoft and Apple, shows the impact this sector has had, and continues to have on not only business, but our everyday lives.

This year, a study estimated that the internet contributed around £180 Billion to the UK economy, more than any other European nation. And one of the real successes is the UK games development sector, which generates approximately £1 billion per year, employs over 9,000 highly skilled development staff and is responsible for blockbuster releases such as Grand Theft Auto and Tomb Raider.

In such circumstances, you would think that young people in the UK would be queuing up to learn the skills necessary for this fast growing industry which offers well paid and highly skilled jobs.

Indeed, employment in information technology is set to nearly twice the predicted average employment growth in the UK over the next seven years and 129,000 new entrants are required annually.

Yet, over the last decade, the number of people studying computer science in British universities UK has fallen by 23 per at undergraduate level and by 34 per cent at post-graduate level. Computing as an academic subject represented less than half of 1 per cent of A-levels taken in 2011 that equates to only 4,000 students.

According to a recent City & Guilds survey of 1,000 UK companies, 74 per cent of employers in the digital and information services industry claim to be facing a skills crisis, and 50 per cent of digital businesses are considering looking abroad for potential candidates.

So what can be done to ensure that our children are enthused and encouraged into this world of computing?

The first step, say industry specialists, is to engage with children as young as possible in terms of teaching them the basic skills, such as coding and programming, for the computer industry.

All over the World, schools are adopting this approach as they realise that not only is this vital for the future of the children they teach, but that their pupils actually love to write computer programmes.

And perhaps one of the best examples on how to achieve this to be found up in North Wales.

A code club is a volunteer-led programming club where primary school children between the ages of 9-11 are given access to programming languages such as Scratch, and are then helped by computer literate adults to help them programme and develop interactive games and activities.

Given the way kids love anything new, the event was an unprecedented success with children taking to writing programming code as easily as they would with any other subject. In fact, it is great news that the college now aims to build on the number of Code Clubs they have established to expand the provision to other schools in the area.

Yet, these things cannot be run without support and as they are managed by volunteers, they need additional sponsorship to keep them going.

Therefore wouldn’t it be wonderful if businesses all over Wales, preferably within the digital or ICT sector, would pledge to support the creation of a code club in their local area so that every primary and secondary school across the country was giving its students the opportunity to learn these vital skills.

And as Mark Zuckerberg, the founder of Facebook, recently noted, whilst his company’s policy is to hire as many talented engineers as they can find, there just aren't enough people who are trained and have these skills today.

Therefore, imagine what a boost it would be for the Welsh economy if, because of simple but effective initiatives such as code clubs, the next generation of skilled workers for the industries of the future came from schools and colleges across Wales.