THE RENAISSANCE OF MANUFACTURING 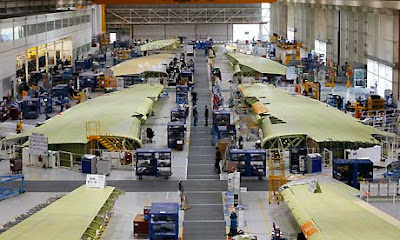 Last week, the latest data on regional economic prosperity showed that, since 1997, the contribution of manufacturing to the UK economy had fallen by around eight per cent, with a decrease to be found in every region.

A few years ago, that may have seemed like a handicap to a regional economy but, over the last eighteen months, there has been a renaissance in the fortunes of manufacturers in the UK.

For example, the Markit/CIPS Purchasing Managers Index for November 2013 showed that the manufacturing sector in the UK had been growing for eight months running, with rates of growth in manufacturing production and new orders at a nineteen year high.

Manufacturing employment in the UK also rose at the fastest pace since May 2011 and companies are currently creating around five thousand jobs per month.

These results were echoed by the recent CBI Industrial Trends Survey. This showed that order books and outputs were at their highest levels since 1995 and that manufacturers expected output to continue to grow in the next three months.

However, some commentators remain worried over the sustainability of the sector within the UK and whether it can adapt quickly to the changes that are affecting the global market place.

A recent study by Deloitte suggested that new trends in manufacturing could herald major changes across the industry.

For example, new production processes such as 3D printing, which represented a global market of around £1.5 billion last year, are beginning to have an influence on the way that manufacturers design their product, choose materials and configure their supply chains. Indeed, revenues are set to more then treble in the next few years as it moves out of the hands of specialists into mainstream use, with the printer giant Hewlett Packard set to enter the market in 2014.

In terms of new materials, those with high performance characteristics such as ceramics and carbon fibre composites are becoming popular choices for manufacturers operating in sectors such as automobiles, aerospace and building materials. For example, it has been estimated that, through to 2020, there will be a growth of 15 per cent every year in demand for carbon-reinforced plastic. This is not surprising, given the advantages of this material in terms of reducing the weight of aircraft, cars and other vehicles, which in turn would lower fuel use and operating costs. In addition, the cost of the construction and assembly of the product would also be lower.

Another key trend is that of digital manufacturing, where companies are digitally simulating the performance of new products, thus saving time and resources (and potentially billions of pounds) in the product development process. In doing so, larger manufacturing firms are now on the acquisition trail for software companies that can provide the necessary know-how to gain a competitive advantage in this area.

Global competition during the last two decades has been focused on cost, especially in outsourcing production to developing countries to manufacture products that are then shipped back to consumers in the West.

And whilst most of increase in consumption will also take place within the developing economies over the next two decades, demand in developed nations will also increase as customers ask for greater variation in their products and greater after-sales service. This may result, as has begun to happen in the USA, in manufacturing plants being built within the consumer markets they serve.

For the first time in decades, it will not be the price of goods that will determine the competitive advantage of manufacturing but investment in innovation in new technologies, processes and materials. This, along with an increasing symbiosis with the service sector, gives companies the opportunity to add value to both customers and their own business, be it in the shape of customised products, more flexible production, faster delivery time or improved overall productivity.

With ten of the top fifty US manufacturers already announcing plans to use innovative materials or new production processes, are manufacturers in Wales and the rest of the UK ready to follow this lead in adopting new ways to compete, innovate, and grow profitably?

For example, how are Welsh manufacturers currently using advanced materials to differentiate themselves and improve performance? How are they using new production processes to boost efficiency and new manufacturing software solutions to reduce the cost of product development?

For our politicians and policymakers, which manufacturing sectors will be positively or negatively affected by energy policies and how can they support indigenous businesses to export their goods and build links with emerging markets?

Most importantly, is our further and higher education system geared up to deliver the skills needed within advanced and sophisticated manufacturing facilities?

Those are some of the key questions that those responsible for the manufacturing industry in Wales will need to ask themselves over the next couple of years as a brave new world develops where manufacturing is not only becoming more important to economic growth but where innovation and investment will be key in delivering competitive advantage in the future.
GVA manufacturing UK economy Welsh Economy