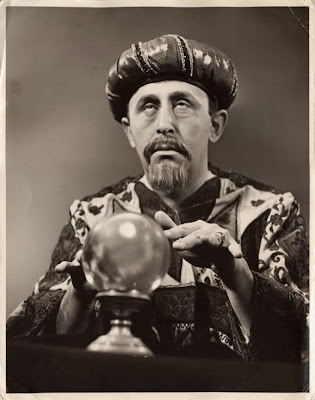 If predictions were easy then, as Del Boy used to say, we would all be millionaires.

And for economic commentators, the millions of column inches written in the years following the 2008 downturn left egg on many faces as some managed to get their assessments of the future performance of the UK economy spectacularly wrong.

Apart from those doomsayers who were confidently predicting a triple dip recession at the beginning of this year, the best example of this comes from Professor David Blanchflower, a former member of the Bank of England’s Monetary Policy Committee.

Writing in the Daily Telegraph back in 2009, the US-based labour market economist suggested that “if large numbers of public sector workers, perhaps as many as a million, are made redundant and there are substantial cuts in public spending in 2010, as proposed by some in the Conservative Party, five million unemployed or more is not inconceivable”.

Unfortunately for Professor Blanchflower (but fortunately for the UK economy), unemployment peaked at around 2.7 million at the end of 2011 and has been steadily falling since.
In fact, the increase in private sector employment has accelerated with a net increase of over half a million jobs in the UK economy during the period September 2012-2013.

And whilst Professor Blanchflower continues to defend his prediction in his usual combative style via his newspaper columns and twitter account, the rest of us may be looking more positively at the future of the UK economy in 2014.

For example the British Chambers of Commerce has suggested that it may reach its pre-crisis peak as early as next year instead of 2016, as previously forecasted. However, the danger for the poorer regions such as Wales is that a large part of this growth will again be focused on London and the South East of England, especially as the financial services sector begins to recover.

In fact, much remains to be done by the Chancellor of the Exchequer to ensure a greater rebalancing of the UK economy although, as this column pointed out last week, the renaissance in manufacturing may be one of the mechanisms by which this is delivered.

To achieve this, 2014 must be one in which UK businesses focus not on serving their local markets but on attracting more overseas customers. With the UK Government aiming to double UK exports to £1 trillion by 2020, this must be an increasing priority of policymakers in both Westminster and the devolved regions during the next twelve months.

And with the eurozone economies continuing to lag behind the growth of the UK for the foreseeable future, the focus on exports must be to other countries, especially those in the developing economies of Asia, the Middle East, South America and Africa that offer massive opportunities for British businesses.

In terms of the labour market, it is not too difficult to predict a further drop in unemployment during 2014 as the private sector continues to pick up, although all bets are off as to whether the Bank of England will, as suggested by the new Governor, raise interest rates if unemployment falls to seven per cent of the workforce. In fact, I expect the decision to be based on more nuanced economic variables than just this one simple indicator.

Whilst there are over 30 million in employment in the UK, more than at any time in the nation’s history, the real issue will not be the numbers in employment but on the hours that they work and, more importantly, whether any increase in pay will finally be higher than inflation.

The signs are positive with inflation continuing to fall and, more importantly, employers may begin to share the benefits of the economic upturn through their employees’ pay packets. Until that happens, household budgets for a significant number will remain under pressure and as a result, perhaps the Bank of England may wait until there are clearer signs of a recovery in consumer confidence before raising the cost of borrowing.

America’s greatest economist John Kenneth Galbraith once noted that the only function of economic forecasting is to make astrology look respectable. Given some of the predictions of the last few years, not many would disagree with such a statement! But barring any major changes such as an economic crisis in the eurozone, there is now almost universal acknowledgement that the UK economy will continue its growth trajectory over the next twelve months.

Of course, much remains to be done in ensuring the sustainability of any recovery and the nation as a whole will only feel more secure when the average worker is directly benefiting if the fruits of growth filters through into wage packets.

However, I am confident that this will happen some time over the next twelve months and that, this time next year, even sceptics such as Professor Blanchflower may finally be feeling more positive about longer term prospects for the UK economy.
2014 The future UK economy