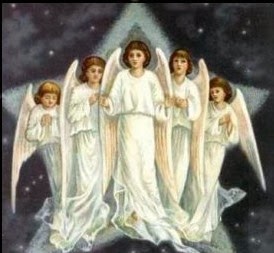 The role of the business angel – in which an individual invests his or her own money into an entrepreneurial venture – has received considerable attention in recent years, especially during the economic crisis when they were perceived as one of the potential alternatives to bank funding.

However, recent research from the Universities of Glasgow and Edinburgh has suggested that this model needs to change further if the full impact of informal investors is to be capitalised upon.

The work undertaken by Professors Colin Mason and Richard Harrison has examined the way that business angels in Scotland have evolved into formal groups of individual angels that invest together in multiple deals over an extended period of time.

The advantage of the ‘angel groups’ concept is that it does not solely rely on the traditional business angel who invests directly into a business and then becomes personally involved in its development.

Instead, these groups are made up of “silent” angels who are high net worth individuals that are willing to invest in high potential Scottish businesses but are not interested in either assessing the initial deal or the subsequent management of the investment. They are therefore happy to ‘piggyback’ onto the judgement of experienced angels within their syndicate, thus bringing in considerable additional investment capital.

With twenty angel ‘groups’ comprising of over 800 investors operating across different regions and in different sectors, informal investment has been taken to a new level in Scotland. For example, in August 2013, the first Scottish female angel investor network, funded by high net worth women, was launched in Edinburgh.

The advantages of groups over individual or syndicates of business angels are quality dealflow, multiple skills, diversification of risk and more funding. It also gives the small firm an advantage in that it now has potentially twenty different groups of investors to approach for support.

The emergence of such groups has been promoted and supported by LINC Scotland, the national association for Scottish business angels. It has not only helped existing groups of business angels to work more efficiently but has acted as an incubator to new syndicates.

Currently, no such angel groups actually operate in Wales although the Welsh Government’s Creative Industries sector panel recently suggested that sector-specific angel networks should be encouraged in Wales. For example, it suggests that angels (or syndicates of angels) with specific creative sector expertise would be a valuable resource, able to provide both finance and mentoring.

So how much do these angel groups invest into Scottish businesses?

According to the latest data for investment by angel groups in Scotland, the total aggregated investment including co-investors has increased from £7 million in 2003 to £31 million in 2012.

And given the debate over the role of Finance Wales in recent weeks, it is worth noting that this latter figure is higher than the £27 million invested by Finance Wales into Welsh businesses in the same year.

This is not to say that xénos has not performed well. In fact, thanks to their efforts, the value of business angel deals in Wales over the same period has increased from £1 million to £4 million.

Whilst this suggests that there is an increasing appetite for angel investments across both countries, it also demonstrates that the scale of investment is somewhat different, even though the business population of Scotland is only 1.6 times that of Wales, and that Scotland is clearly attracting higher levels of informal investment through the group model.

With evidence from Europe, North America and Australasia showing that angel investing is changing from an individual process to one in which angels are joining together in organised and managed groups to invest, there is clearly an opportunity to do the same in Wales.

The key issue is how the current system in Wales could evolve into such a model over time as there needs to be different and more effective mechanisms to attract greater number of investors to support early stage businesses in Wales.

One option would be for the Welsh Government to develop its own co-funding approach in a number of key sectors. This would create angel groups in the creative industries, information technology and communications, energy and environment and life sciences, thus attracting greater amounts of private sector investments into these growing industries.

Certainly, the future financing of businesses in Wales should not rest on the shoulders of the Welsh Government alone and there needs to be a far greater interaction between the public and private sectors regarding the funding being made available to support the Welsh economy.

In particular, Wales needs to attract the support of those successful high net-worth individuals who want to invest back into the country of their birth but have no real vehicle to do this at the moment.

If Wales could only replicate half the success of Scotland in maximising the advantages that come from supporting angel groups in the business community and bring in substantial amount of additional capital from high net worth individuals into the Welsh small firm sector, it could be a major breakthrough in supporting high potential businesses within our economy.