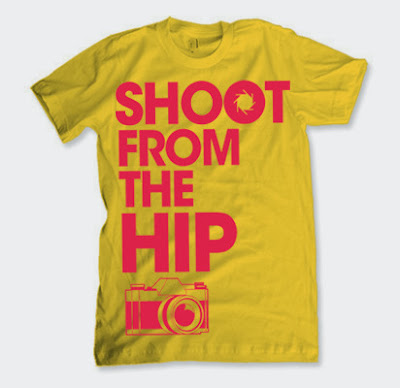 Ten years ago, the Western Mail asked me whether I would like to write a regular business column for the newspaper.

Having previously written a few opinion pieces, I was honoured to be given this opportunity to provide a weekly view on current business trends and the state of the Welsh economy.

Of course, I wasn’t initially enamoured to find out that I had been given the moniker “the Professor who shoots from the hip”, although I now view this  a description of someone who is “brutally honest, tells it like it is and pulls no punches” rather than an individual who speaks impulsively without concern for the consequences!

So what has changed in the Welsh economy during the last decade?

Back in 2004, the gross value added for Wales – which measures overall economic prosperity - was measured at £38.2 billion although by 2012 (the latest year for which data is available) this had grown to £47.3 billion, an increase of 24 per cent over this period.

In contrast, the UK economy had grown by 28 per cent, although nearly a third of this growth was accounted for by London. Indeed, the North of England, Yorkshire and Humberside, the West Midlands and Northern Ireland have experienced lower growth than Wales between 2004 and 2012.

Another key economic indicator is the Labour Force Survey and if we contrast the latest data from this survey with that for the same period a decade ago, we find some surprising statistics.

First of all, it is not unexpected, given the recent recession to find that the number of people out of work in Wales is currently 112,000 as compared to 60,000 a decade ago. However, there are also 66,000 more people in employment in Wales than ten years ago and the gap in the employment rate (i.e. the proportion of the adult population in employment) has actually narrowed with the rest of the UK.

Unfortunately, this growth in employment has not been matched by a similar growth in the income of employees. For example, full time weekly wages across the UK have grown by 22 per cent during the period 2004-2012 as compared to only 19 per cent for Wales.

Indeed, Welsh workers remain the worst paid across the whole economy although this may also be reflected in the fact that there are lower levels of highly qualified staff within the workforce. For example, only 30 per cent are qualified at NVQ level 4 or above as compared to 34 per cent for the UK and there remain serious questions over the commitment by both business and government to the development of higher skills within the Welsh economy.

Back in 2004, the Welsh Development Agency (WDA) was still seen as one of the most effective economic development bodies in Europe and had been successful in bringing a number of large employers into Wales.

Given this, it is worth examining what has happened to the business structure of Wales during the last decade, especially as the WDA was abolished in 2006.

Whilst small firms have made an increasing contribution to new jobs created, it is worth noting the performance of those firms that employ over 250 people in Wales, with their turnover increasing by 91 per cent over this period, well above any other size-band.

However, the biggest disappointment must be the performance of the mid-sized firm sector in Wales i.e. those employing between 50 and 249 people, as their growth in turnover and employment is below that experienced by small firms, despite being described as the engines for future growth by the CBI. Certainly, more needs to be done to improve their contribution to the Welsh economy given their disappointing performance during the last decade. Perhaps that is what is missing with the demise of the WDA and we need an agency that is focused on improving the performance of the mid-sized wealth creators in the economy.

The creation and development of entrepreneurial new businesses is another key aspect of any dynamic economy. A decade ago, the Entrepreneurship Action Plan for Wales was fully operational and, as the first regional enterprise strategy anywhere in the World, was beginning to have a substantial impact on those starting businesses in Wales.

And it was working - according to the data on the number of business births. 11,525 new ventures were created in 2004. However, if we fast-forward to the latest data, only 8,270 new firms were established in Wales in 2012, a decline of 28 per cent over this period as compared to 4 per cent for the UK as a whole.

But it is not only Wales’s entrepreneurial performance that has been disappointing.

Hundreds of millions of pounds of public and European money was spent in trying to make Wales a more innovative economy during the last decade, mainly through expensive initiatives such as the Techniums which did little to improve the Welsh economy, especially as vital funds were diverted away from supporting the development of innovation within the business community in order to prop up these white elephant projects.

Certainly, a key lesson from this expensive exercise is that more careful consideration needs to be given to ensuring that public money is spent more effectively in the future to support Welsh businesses.

Therefore, the economic data suggests that for the last decade, Wales has held its own and has closed some of the gap with the UK in terms of performance and employment although it is also clear that much remains to be done in terms of encouraging a higher skilled and higher wage economy in Wales.

I hope that when I write my thousandth article for the Western Mail in 2023, we will be well on the way to achieving an innovative and entrepreneurial environment that will lead to further economic prosperity for the nation.