THE FUTURE FOR THE CITY OF NEWPORT 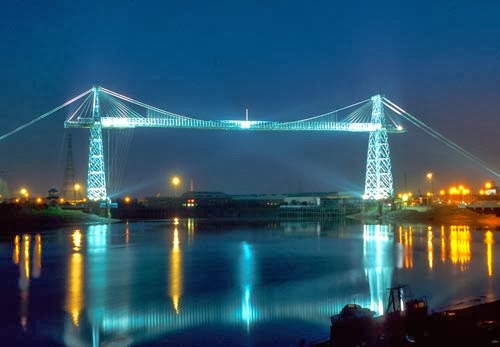 Back in 1940, the Royal Commission on the Distribution of the Industrial Population reported that "London acts as a continual drain on the rest of the country both for industry and population, and much evidence points to the fact that it is already too large.”

Such a sentiment is shared by many living in other parts of the UK seventy four years later, with evidence of a continued imbalance between investment into London as compared to other cities across the nation.

In fact, many would not be surprised that, during the last decade, it has been responsible for a third of all economic growth within the UK.

And according to a recent study, this is set to continue with the City of London showing a resurgence in the last twelve months and developments such as Silicon Roundabout in the East End of London - where companies such as Facebook, Google, Intel and Cisco have located to create  a high technology hotspot - attracting young people from all over the country into the capital city.

Indeed, the research from the Centre for Cities shows that of the twentysomethings across the UK who decided to relocate in recent years, almost one in three moved to London resulting in a large net inflow of people aged between 22 and 30 into the capital.

Some of this is down to the bright lights of London and the amenities that it can provide to young single people who want to work hard and play hard.

But it is also the availability of well paid jobs that can lead to excellent careers in fast growing industries. For example, there are more graduate level jobs in London than in the large cities - on average between 2009 and 2012, 35 per cent of all jobs in London were graduate jobs while this figure was 26 per cent other large cities such as Birmingham or Manchester.

Interestingly, one of the conclusions of the report was not over how to stop London attracting talent from the rest of the country but to question why other cities, including those in Wales, are not offering young people enough economic opportunities to stay. More importantly, what can those cities do to make this happen?

That is the question that a recent taskforce has attempted to answer for the newest city in Wales, namely Newport.

Led by Simon Gibson of Wesley Clover, it has produced a groundbreaking report that creates a vision that is not only innovative and ambitious but, more importantly, is realistic and achievable.
Uppermost amongst the recommendations is that the Welsh Government funds the establishment of an Innovation Company to act as a digital innovation hub to attract research funds, inward investors and give support to the growth of SMEs.

Having an organisation that can help to drive the development of a high technology economy within Newport would be a massive step forward for the rebirth of the city, especially in developing those key sectors that will make the area attractive for young people looking to get well paid jobs in the industries of the future.

Other complementary proposals to support the innovation academy include  the establishment of a National Centre for Cyber Security to build on existing capability within the region and the creation of a Software University to impact on the significant UK labour market shortfall and propel Newport forward as the best place in the UK for a software degree.

But it isn't all about technology and the taskforce has also emphasised the importance of sports and culture to the city, as well as utilising natural assets to improve the area. For example, the development of a Cycling Centre of Excellence will add to the academy opportunities around golf and football, whilst plans to re-open the river Usk and surrounding canal areas for work and leisure will enhance the quality of life for many living in the city.

Whether this will be enough to stop the brain drain of young people to London remains to be seen but it is a positive sign that other small cities globally have already shown the way.

For example, Boulder in Colorado has a population smaller than Newport and  is miles away from any significant urban area. Yet despite the perceived disadvantage of being in the foothills of the Rocky Mountains, it is now seen by businesses and investors as one of the most entrepreneurial hotspots for innovative new firms anywhere in the World.

Whether the same will happen for Newport over the next few years remains to be seen but this excellent strategy is certainly a step in the right direction and could transform the fortunes of this great city once again.
City Regions economic growth Newport Sir Terry Matthews