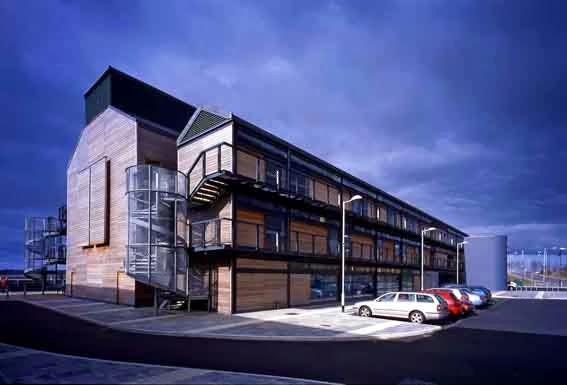 As I noted earlier this week, the creative industries, which includes film-making, television production and video games development, are amongst the fastest growing sectors of the Welsh economy, employing over 25,000 people and generating a turnover of more than £1bn every year.

Only last month, the future economic potential of the sector was demonstrated by the decision of the owners of Pinewood Studios, where films such as the James Bond series have been made, to secure an agreement with the Welsh Government to set up operations in a disused factory in Cardiff.

This follows the BBC’s relocation to the old docks area of Cardiff Bay, where the Roath Lock studios at Porth Teigr is now home to programmes such as Sherlock, Doctor Who, Casualty, and Pobol y Cwm.

But with such investments being attracted to the capital city, what scope is there for similar developments here in North Wales?

Currently, the one glimmer of hope for the creative industries comes in the unlikely guise of S4C, whose chief executive noted, at last year’s National Eisteddfod, that he was eager to examine the possibility of further devolving his organisation from Cardiff to other sites across Wales.

Since then, two bidders have emerged as potential sites for relocation namely Caernarfon and Carmarthen, although industry experts have told me that if the decision were being made solely on the best place for a creative industries hub outside of Cardiff, then Caernarfon would win hands down.

It is already recognised as the major creative hub outside of Cardiff, with the Victoria Dock development centred on the Galeri building home to a number of television and film businesses.

In fact, with independent companies such as Griffilms, Rondo Media, Antena and Cwmni Da being located there, it is the perfect location for a major creative industries cluster, building on the success of these award-winning businesses.

And with plans to relocate S4C into existing facilities within the Victoria Dock area if the bid is successful, any move could be done relatively quickly and bring some much needed boost to the town in a relatively short space of time.

The economic impact to Caernarfon would be considerable and in addition to the 50 jobs being relocated from S4C, it is estimated that a further 66 new jobs would be created, resulting in a £3m boost to the local economy. More importantly, it has been suggested that, over the medium term, the growth in the creative industries sector could result in the establishment of another 400 highly skilled jobs in a town that really needs them.

However, as tends to happen with such bidding processes, there are already rumours circulating around the corridors of power in Cardiff that the criteria that have been put forward, especially in terms of alleviating the additional travel to work for staff having to relocate, already favour one of the bidders.  There is also talk of considerable behind the scenes lobbying by various organisations that would themselves benefit from the relocation.

I would hope that isn’t the case because S4C’s stated intention is to ascertain whether making such a move would offer economic, linguistic and cultural advantages to one of those areas in a way that is feasible for the channel and cost-neutral over a period of time. Certainly, it is about time that this part of North Wales received some real economic boost from those national organisations that have tended to ignore the region in recent years.

And with decision time for S4C approaching quickly,  I would urge the readers of this paper, over the next few weeks, to show their support for a relocation that will ensure Caernarfon becomes a catalyst for the growth of the creative industries in North Wales and creates much needed jobs for local young people who would thrive in this fast growing sector of the Welsh economy.
Caernarfon Creative Industries Galeri S4C Wales