THE RISE OF THE CREATIVE INDUSTRIES IN WALES 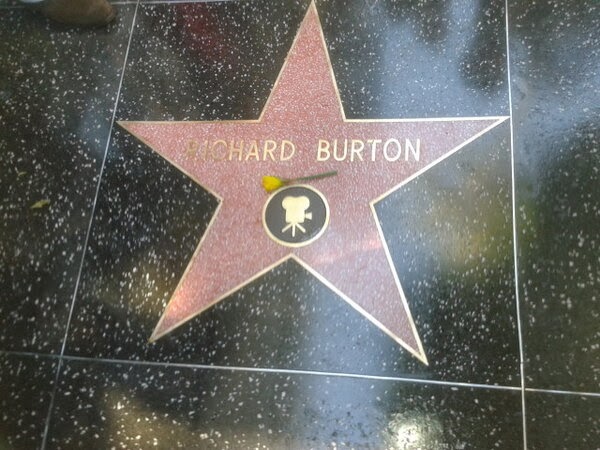 A year ago today, I was standing on Hollywood Boulevard in Los Angeles on St David’s Day as a posthumous star was unveiled for Richard Burton on the Hollywood Walk of Fame following a two year campaign by the Western Mail.

It was a proud day for Wales as its greatest ever actor finally received the accolade in the centre of the film industry where he became a global superstar. However, that day was also the beginning of a major drive to ensure that the creative industries, already one of the key sectors of the Welsh economy, would fulfil its massive potential.

And looking back on the last twelve months, it would seem that much of the effort put in by the Welsh Government and the industry itself has started to pay real dividends.

When I met with some of the producers of the historical fantasy Da Vinci’s Demons in Los Angeles last year, they went out of their way to emphasise that one of the real catalysts for their industry had been the way that the Welsh Government had adopted a flexible approach to how such projects would be attracted to Wales.

Whilst the tax breaks introduced by the UK Treasury for high value added television series in 2013 were no doubt a factor in getting the series filmed in Swansea, what was really innovative was having the Welsh Government add value to this incentive by supporting the conversion of an old industrial factory into a studio and providing funding to support skilled workers within the project.

The result was the employment of 200 people on this production which then led to nearly £20m being spent in Wales.

Since then, other series have been financially supported through government funding, most notably the BBC Series Atlantis and the bilingual detective drama Hinterland.

But it is not only in television that the creative industries are thriving. The London-based computer gaming company Oyster World Games recently opened a development centre in Pontypridd with the aim of developing online and digital download games and has created 60 well-paid graduate jobs in the process. Certainly, with other university towns such as Dundee benefiting from close links between the games industry and academic departments, there is no reason why a similar development couldn’t happen in the Valleys around the new University of South Wales.

Whilst these were all worthy achievements, it was the film industry that topped a year of hard work in promoting the creative industries sector.

Two weeks ago, a deal was announced between the Welsh Government and Pinewood Shepperton to create their first UK studio outside of the South East of England.

This was an audacious and bold strategy to take full advantage of the fact that the studio was being restricted from expanding its existing facilities by its local council. Through utilising the now empty G24i factory in Wentloog, Pinewood no longer has to worry about the vagaries of the planning system in England and has now the opportunity to develop some of its productions here in Wales.

Whilst some have been worried that this project could go the way of the now defunct Valleywood studios, the contrast with that development could not be starker given that this is not a risky new venture but a seventy seven year old established business with a track record of making over 1500 films, including the James Bond series.

At the same time, the Welsh Government announced a new investment budget of £30m aimed at increasing film and TV production in Wales through a combination of loans and equity investment. This is again a bold move but one which follows a recommendation from the recent access to finance review that the Welsh Government should build on its life sciences fund by expanding it into other sectors, most notably ICT and the creative industries.

Hopefully, by maximising the different types of state aid available to it, this new fund can make a real difference to supporting further job-creating projects in the industry.

Whilst inward investment is to welcomed, we mustn’t forget that Wales already has home grown global successes of its own such as BBC Wales’ productions of Doctor Who and Sherlock. In addition, Llanelli-based Tinopolis has grown to become the largest production company in the UK outside London, producing over 2,500 hours of content annually with much of its exported to other countries.

In fact, it is testament to the vision and hard work of Tinopolis’ founder, Ron Jones, along with some talented officials within the Welsh Government creative sector team, that so many strides have been made during 2013.

Despite this success, the creative industries cannot rest on its laurels and during the next twelve months, there remain a number of challenges that need to be overcome.

These include developing the supply chain and infrastructure to ensure that the specialist skills, services, facilities and locations are available to support film and TV inward investment opportunities and the growth of the sector in Wales. There also needs to be more work to develop ways of further accelerating the growth of digital media businesses in Wales and to attract more inward investment from international businesses.

Therefore, with March 1st having been designated Richard Burton Day in Hollywood by the city’s dignitaries, Wales has finally been recognised in the city where the movie industry began.
However, I am sure that one of this nation's favourite sons would have been delighted that Pinewood Studios, where Cleopatra should have been filmed half a century ago, is now coming to Wales and real opportunities are being created, by both home grown and inward investors, to finally put the Welsh creative industries firmly on the global stage.
Creative Industries Richard Burton Wales Welsh Government